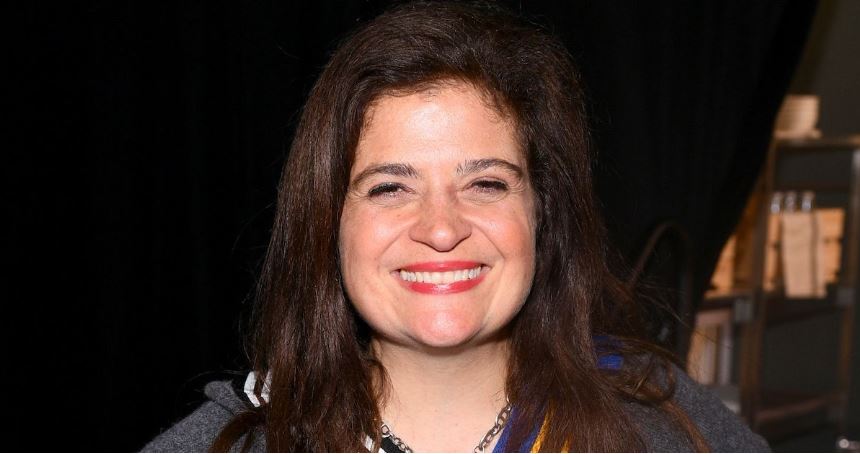 Are Alex Guarnaschelli and Michael Castellon still together? The celebrity chefs were engaged in 2020.

Food lovers are likely familiar with the name Alex Guarnaschelli. The American chef has become a mainstay on Food Network over the years, in particular on the hit series Chopped. Fans have long praised her culinary expertise and the advice she’s given to chefs.

As Alex’s celebrity continues to grow, fans have become interested in her personal life. Sure, finding out details about your favorite chef’s love life may seem odd, but thanks to social media, the dating lives of all kinds of celebrities have become front-page news. And since Alex was thought to be engaged to fellow chef Michael Castellon, fans have questions about their current status.

So, who is Alex Guarnaschelli dating? Here’s what we know.

Who is Alex Guarnaschelli in a relationship with now?

Celebrity Chef, Alex Guarnaschelli is currently single and back on the dating market after she ended her romance with Micahel Castellon who was also a chef.

Alex Guarnaschelli and Michael Castellon have ended their engagement.

In love today, detached tomorrow! According to Closer Weekly, chefs Alex and Michael have decided to go their separate ways after five years together.

The outlet shares that Michael was the one to confirm their breakup.

“Wishing her nothing but the best,” Michael told the publication.

Additionally, Michael chose not to disclose the reason for the couple’s breakup. Alex has also remained tight-lipped about the end of their engagement.

The news comes after Michael proposed to the world-renowned chef in June 2020. At the time, Alex told People that there was no rush to the altar, but she was excited about the festivities.

“We’re not in any hurry, but I want to have a blowout,” Alex told the publication at the time. “I want a tri-state rager.”

Alex was previously married to Brandon Clark, with whom she shares a daughter named Ava, born in 2007. Alex and Brandon met in 2006 at New York’s Institute of Culinary Education and wed the following year before ultimately splitting in 2015.

In early 2022, Alex appeared to spill some tea about her romantic life.

Per Closer Weekly, the chef posted an interesting response to a fan question via her Instagram Stories in February 2022. After a fan asked the chef about “a skill or talent she wished she had,” Alex’s reply was pretty cryptic.

“Not being a sucker for love,” Alex replied, via the outlet.

She went on to answer another question about her regrets in life, saying: “Some of my biggest regrets have only happened in the last couple of years. I honestly haven’t been able to process them all well or gracefully. I use cooking, therapy, exercise, friends, sleep, water, time, crying, and cake for healing.”

Whatever happens with Alex and Michael’s future, we’d like to wish both all the best.