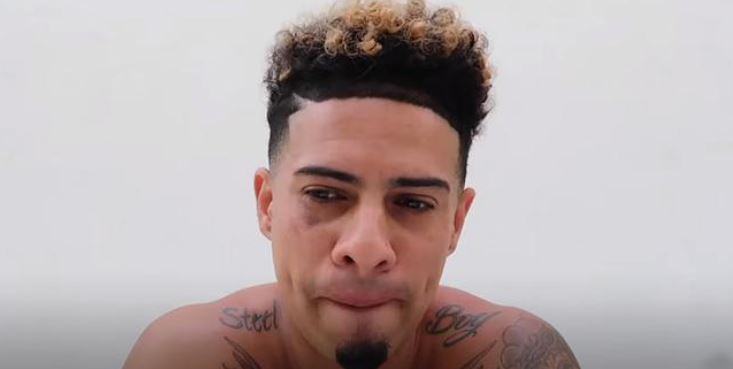 YouTube star Austin McBroom is stepping away from the boxing ring after his loss to British rival AnEsonGib at their September 10 match.

Austin McBroom is one of many YouTubers who have set foot into the ring amid the current influencer-boxing craze that’s taking over the internet.

His first bout saw him emerge victorious over TikToker Bryce Hall at the YouTubers vs TikTokers event in Summer 2021 — an affair that he put on himself, alongside company Live X Live.

A year (and several lawsuits) later, McBroom faced off against British YouTuber AnEsonGib… but this particular bout wasn’t a success for the ACE Family star.

Instead, McBroom took a loss to Gib in the fourth round after being knocked down five times. This marked a massive victory for Gib — and a huge defeat for McBroom.

McBroom spoke out about the fight on September 15, where he revealed that his wife, Catherine Paiz, was unhappy with his boxing pursuits and claimed their channel hadn’t been the same since he got into the boxing game.

“The word, ‘humbled’ — yes, definitely,” he said. “I was humbled. And I feel like there have been moments of my life throughout the thirty years I’ve been here that I’ve been humbled, and it has grown me so much as a person.”

McBroom then went on to state that he would take an indefinite hiatus from boxing to focus on his family and his YouTube content, although he admitted he would likely come back to the sport at some point in the future.

For now, it looks like the head of the ACE Family will be resting and recovering — but his fellow influencers like KSI, Logan Paul, Jake Paul, and even Deji have major events coming up soon that might just spark the boxing bug in him once again.

What is Austin McBroom’s Boxing Record?

Austin McBroom is an American YouTuber, and boxer, who competes in the cruiserweight division. Austin was born in Palmdale, California, USA, on May 20, 1992. He currently resides in Tarzana, California, USA.

His first bout saw him emerge victorious over TikToker Bryce Hall at the YouTubers vs TikTokers event in Summer 2021 — an affair that he put on himself, alongside company Live X Live.

As a professional athlete, McBroom has had just 1 bout in 2022. The last fight of Austin McBroom took place on September 10, 2022, against Ali Eson Gib. McBroom lost by knockout (KO).