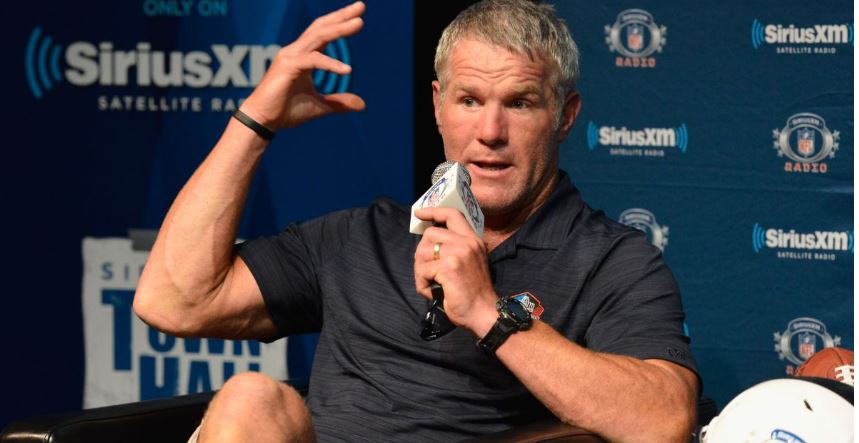 What is Brett Favre’s net worth? The former NFL finances are called into question as shady Business Dealings emerge.

Brett Favre is a former American professional football player who was the quarterback of the Atlanta Falcons and the Green Bay Packers.

In terms of the modern Green Bay Packers franchise, no one has been more impactful than Brett Favre. Over the course of 15 years spanning from 1992-2007, Favre was synonymous with the Packers and served as their most legendary quarterback. During that time, he lead the team to two Super Bowls and became the first and only NFL player to win three consecutive AP MVP awards.

With all of that being said, Favre’s influence on professional football as a whole cannot be understated by any means. So, how much money did he make from it all? Let’s take a look at Favre’s net worth

What is Brett Favre’s net worth?

When you’re widely considered to be one of the biggest living legends in professional football, it goes without saying that you’ve probably made quite a bit of money throughout your career. In Favre’s case, that’s entirely true — to the tune of millions.

Brett Favre has an estimated net worth of $100 million as of the time of writing, per Celebrity Net Worth.

Texts from the former governor of Mississippi governor about Brett Favre sparked controversy.

It appeared as though Brett’s name was caught up in a pretty serious legal situation that also involves former Mississippi Governor Phil Bryant. Indeed, some recently revealed texts, per Mississippi Today, show that the quarterback received guidance from the former statesman on how to reallocate funds set aside for welfare communities to a new volleyball stadium so that it would be accepted by the Mississippi Department of Human Services.

The texts in question are quite damning. “Can we help [Favre] with his project? We should meet soon to see how I can make sure we keep your projects on course,” wrote the former governor in one message to nonprofit founder Nancy New in July of 2019, just weeks after Bryant ousted the former welfare agency director John Davis for suspected fraud.

In a conversation between Favre and Bryant where the athlete questioned the governor’s shuffling around of department heads, he responded with “I will handle that… long story but had to make a change. But I will call Nancy and see what it will take.”

In another text exchange, Favre asks Nancy New, “If you were to pay me, is there any way the media can find out where it came from and how much?”

“No, we never have had that information publicized,” Nancy assures him in a reply. “I understand you being uneasy about that though.”

Brett Favre’s involvement seems to have been to help his daughter’s volleyball career.

The filing claims that Bryant, Favre, New, and Davis all co-conspired to redirect roughly $5 million that was allocated to Mississippi’s welfare funds to instead build a brand new volleyball stadium at the University of Southern Mississippi, where Favre’s daughter, Breleigh Favre, goes to school.

Favre publicly received the lion’s share of credit for developing and undertaking the project, but these new details certainly cast a new light on the controversial behind-the-scenes machinations of the project.

Bryant has denied involvement in the project for years, but one of the recently released texts reportedly even shows that the stadium was set to be named after him at a point.

According to Mississippi Today, New has already pleaded guilty to 13 felony charges related to the situation and Davis is currently awaiting trial. As for Favre and Davis, neither have been officially charged with any crimes as of the time of writing.