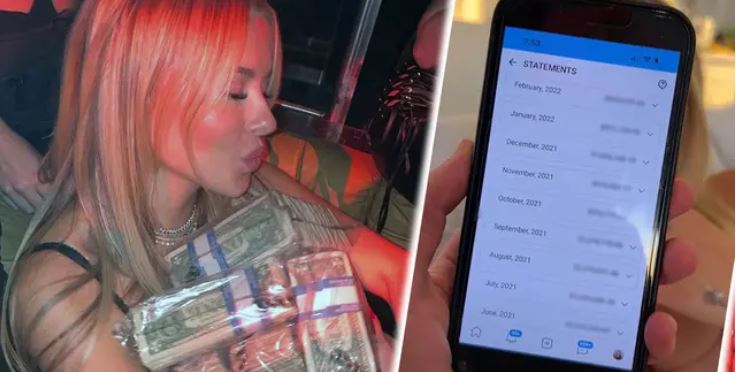 Corinna Kopf is a popular streamer who recently moved over to Twitch after her contract with Facebook Gaming ended in March 2022.

However, streaming is far from her only source of income. She also has a YouTube channel where she infrequently posts, and is also known for hanging out with popular YouTube star David Dobrik and the ‘Vlog Squad’ on top of her lucrative Instagram account.

Her biggest payday likely comes from OnlyFans, where she makes an eye-popping amount of money per month.

On July 1, 2022, David Dobrik uploaded a short clip to TikTok that’s already racked up over 1 million views just an hour after going live.

In the video, Dobrik shows off Corinna’s monthly payouts from OnlyFans — and they range anywhere from $2.3 million on the high end to $680,000 on the low end.

“This makes me want to f**king vomit,” Dobrik joked. “This is absolutely insane! This is monthly. Monthly!”

It’s no secret that Kopf has been raking in the big bucks from OF; just 48 hours after first making her account back in 2021, she claimed that she’d earned “a little over a million dollars.”

Just two months after that, Kopf claimed that she’d made $4.2 million. While it’s unclear exactly how much money she’s made since then, it’s clear that she’s doing well for herself, accounting for that $400k Ferrari she bought and flexed on Dobrik’s YouTube channel.

This latest news follows the retirement of another OnlyFans powerhouse, Amouranth, who has since decided to pursue big investments in companies like Visa while she continues her lucrative career on Twitch.