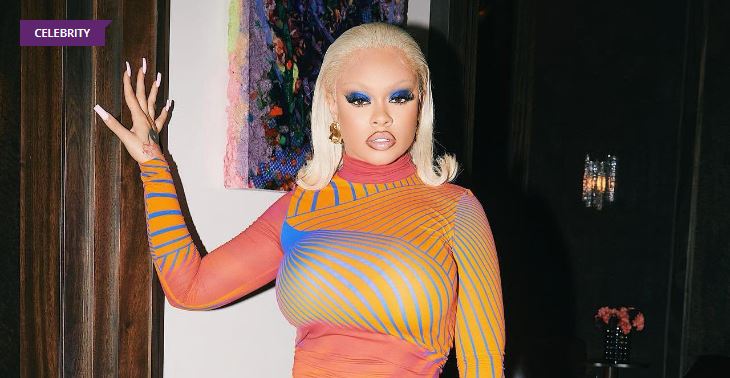 There is an Instagram user named Ray James who claims rapper Latto is his ex-girlfriend, but how true is it?

She first appeared on the reality television series The Rap Game in 2016, where she was known as Miss Mulatto and won the show’s first season, but she rejected the record deal offered as a result of winning the show.

These days, just about anyone can create a firestorm online with accusations or stories of alleged interactions with celebrities. Following Shmurda receiving his apology from a social media user who joked about the “Hot N*gga” icon being gay, an Instagram user, Ray James commanded social media attention using Big Latto’s name.

According to this internet user, he dated the female rapper, and even went ahead to post evidence of him and Latto. But the big question is, did Ray James date Latto in the past?

Did Latto and Ray James date in the past?

Latto (Mulatto) has called out a man who claimed he used to date her. After an Instagram user named Ray James declared that they were once in a relationship, the “Big Energy” raptress shut down his claim and called him a “clout chaser.”

The man brought up the claim on Instagram by sharing some photos of him and the female rapper. “Yea I dated @latto777 before in 2013 before she even blew up we use to perform at the same events. she had a stank attitude,” he captioned the snaps.

“First of all, I been Instagram famous,” he continued. “I been going viral and sh*t before she even got famous, n*gga.” He claimed that he knew Latto back in the day when they were chatting on the Kik app, adding that the femcee is his ex-girlfriend.

Many were not buying Ray’s statement, with one user commenting, “Dating…ain’t nobody claiming no one they dated at 14…be foreal.” Latto then caught wind of the remark and replied, “It ain’t even a claim thing… I literally do NOT EVEN KNOW THIS MAN!!!!”

It’s unclear why he came forward with the revelation now, but Latto reshared his post with a message.

The 23-year-old artist, whose real name is Alyssa Michelle Stephens, went on to reshare the man’s post on her Instagram Story. In the accompanying message, she fumed, “Give this clout chaser the attention he want pls!!!! Read my comments too & DONT DELETE EM THIS TIME WEIRDO!!!!!!!”

Despite Latto’s denial, Ray insisted that he indeed dated the “It’s Givin” raptress in the past. Denying that he’s “clout chasing,” the man explained he’s had known Latto “before she even got famous” and “before she was somebody.”

Check it out below.