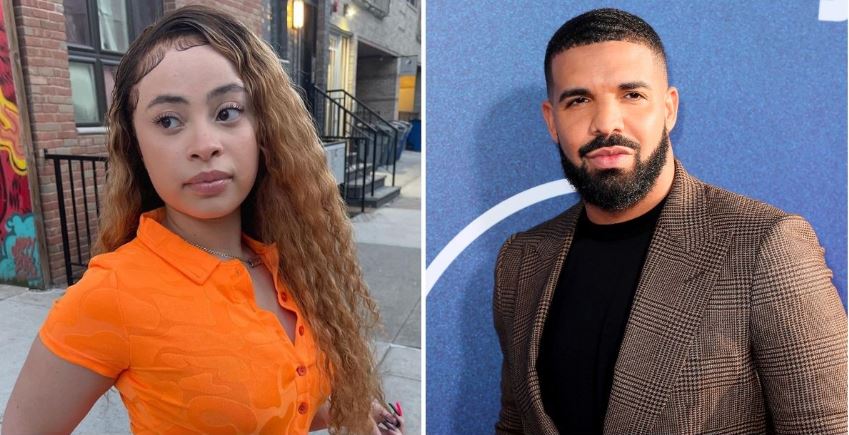 Did Drake and Ice Spice date? Details about their rumored affair and why Drake unfollowed the Bronz rapper.

Bronx, N.Y.-born artist Ice Spice rose to fame after her 2022 single, “Munch (Feeling You),” went viral on social media. Since then, the internet has been dying to know more about the 22-year-old drill rapper.

She sparked dating rumors with an actor, Caleb McLaughlin, from ‘Stranger Things‘ after they were recently spotted hanging out together.

Caleb is best known for his role on Stranger Things, where he starred as Lucas Sinclaire. In addition, he previously starred as Ricky Bell on BET’s The New Edition Story.

But before Ice Spice hooked up with Caleb, she was rumored to have been dating another celebrity, Drake, but the Canadian rapper shortly unfollowed her. So, what happened between Drake and Ice Spice?

Why did Drake unfollow Ice Spice? Here’s what we know.

In an Instagram post promoting “Munch (Feeling You),” Ice Spice shared a screenshot of the DM she received from Drake that read, “That ‘Munch’ and ‘On the Radar’ freestyle hard AF. Imma play em on our radio show.”

The co-sign led fans to speculate that Drake may be eyeing the rapper for his record label, OVO Sound. These suspicions were seemingly confirmed after the duo was spotted hanging out at the OVO Fest in Toronto by Ice Spice’s Instagram stories.

However, the dating rumors were dismissed after Drake unfollowed Ice Spice on Instagram. Drake hasn’t commented on their relationship status as of this writing, but Ice Spice is still following the Canadian rapper.

In an interview with Spotify’s Rap Caviar, she had nothing but good things to say about him.

“When Drake DMed me, I did not expect that,” she gushed. “Linking up with him was so cool. Like he’s mad nice and respectful. We went to OVO Fest. It was exciting because it was his first time performing in Toronto in like a couple years. So, it was just a movie.”

Along with Drake, Ice Spice has also been rubbing shoulders with Cardi B. It’s possible that the “Bodak Yellow” rapper’s ongoing beef with Drake’s long-time friend Nicki Minaj may have put some distance between the two.

While what really happened between them is unclear, that hasn’t stopped us from speculating.