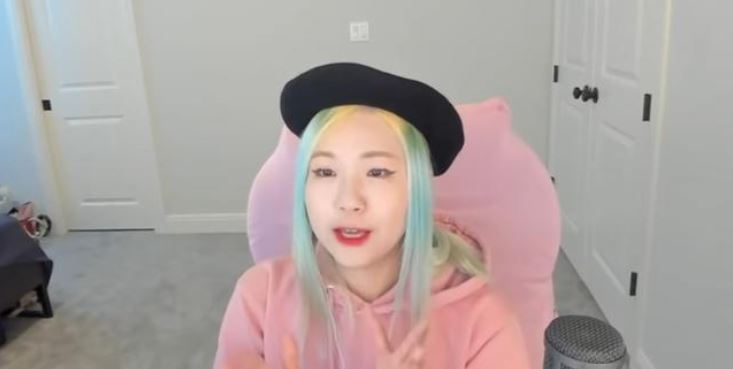 Twitch Streamer HAChubby shares her take on the recent events involving Sliker, who apparently scammed her of thousands of dollars. She despairs on stream, weeping over the betrayal. But Mizkif interrupts the stream by saving her day.

On September 18, Sliker released an apology video regarding the events surrounding the alleged scams. The streamer has been called out on multiple occasions of money extortion targeting his loyal viewers or other streamers.

In his apology video, he stated “I used to gamble a lot of my money. Basically, all my Twitch money,”

The Twitch streamer continues, “I would come across streamers and ask them if I could borrow money. I wouldn’t give them the reason obviously. Because it was gambling I would lie to them.”

Sliker publicly apologized for his actions

HAChubby was among the people Sliker borrowed money from. She lost thousands of dollars to the streamer. While on stream, she tells the viewers what she went through, sharing the messages between Sliker and herself. (watch her stream here)

Hachu replies, “Look, I believe you’d at least try to pay me back. I’m still in a tough situation paying off a lot of debts, and I really need the money.”

After showing the text to her viewers, she begins breaking down on the stream.

“Money doesn’t matter at the time. I’m just sad because he didn’t think about me. He just didn’t give a f**k about me.

“I thought he was my friend.”

Hachu cries while sharing her side of the story, clearly hurt by Sliker’s attitude towards her as a friend.

During HAchubby’s stream, Mizkif donates to her the full amount owed from Slicker.

Upon receiving the donation, HAchubby exclaims, “What? Why?!” She grabs onto her hair, clearly shocked.

“That’s Sliker’s fault! Why you give back to me, why you?

“You don’t have to pay me! It was Sliker fault!”

After the initial reaction, Mizkif tells his viewers why he gave HAchubby the money.

Not only did he know HAchubby needed it, he also mentions he “saw the thing xQc would do. And that is this.”

For context, xQc stated he’d reimburse 50% of those who were scammed by Sliker.

HAchubby is a 32-years-old Twitch streamer who was born on November 29, 1989, in Korean, South Korea.

Finance Yahoo reports that Twitch streamer and former convenience store worker HAchubby is now the proud owner of her very own mart.

HAchubby — who has never revealed her real name — celebrated the grand opening of HAchuMart, located in Busan, South Korea, during a Jan. 6 ribbon-cutting ceremony with her family.

The streamer’s uncle thanked viewers for their support and prayed for HAchubby and her fans during a Livestream of the event.

“God bless HAchubby and this mart and her fans,” HAchubby’s uncle said. “Thank you God.”

By opening HAchuMart, HAchubby has come full circle. She initially became popular by streaming her day-to-day life as a convenience store worker. Viewers grew fond of her efforts to navigate the English-speaking side of Twitch, hilarious interviews, and musical talent.

In many ways, HAchuMart was a long time coming. The streamer secured a license to open the store in Nov. 2020. After the grand opening on Jan. 6, 2021, HAchubby gave a heartfelt speech to her audience on stream about how far she’s come along in the past two years. She closed by encouraging her viewers to follow their dreams and told them “you can [sic] everything.”

HAchubby began her streaming career as a part-time convenience store worker and became one of the most prominent Korean-language streamers on Twitch. Now after solidifying herself as a mainstay on Twitch, she’s going back to working at a small business, but this time as her own boss.

HAchuMart, like any other Korean convenience store, carries a range of everyday items such as instant ramyeon, microwavable rice, soup and soft drinks. But it also carries some special items — fans who visit the store can also purchase her merch.

The Korean streamer has exploded in popularity in just under four months, with the lovable Twitch personality attracting viewers thanks to her comedic impersonations and ‘Just Chatting’ streams – all while still working a day job.

The Korean joined Twitch in 2018, and her channel, which largely focused on the Just Chatting category, regularly got under 200 viewers up until the first half of 2019. In May 2019, however, her channel took off. She now has 334K followers on Twitch, and 213K subscribers on YouTube.

HAChubby was reacting to videos on her stream when she stumbled upon popular clips from Twitch star Dr Disrespect. The streamer attempted to impersonate the Two-Time’s “YAYAYAYAYA”, which he is known to do in rapid-fire speed, but it was her attempt at his popular catchphrase “RAAAAUUUULLLLL!” that had her audience in stitches, as she tried to roll her r’s like Doc.

After her impressions of Dr. Disrespect went viral, viewers started to tune into HaChubby’s regular broadcasts and found her streams during her work shift at a Korean convenience store to be equally entertaining.

In another popular clip, the Just Chatting personality broke into dance while on her shift when a customer came in and caught her. Unique moments like this began to bring in more viewers.