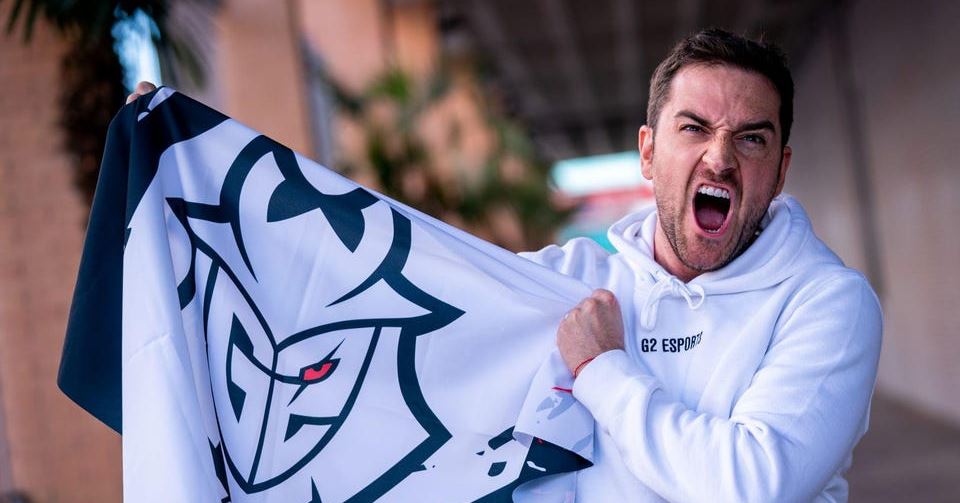 How much is Carlos Rodriguez’s net worth? Inside the financial details of the CEO and founder of G2 Esports.

A former professional player under the name “ocelote,” Rodriguez is the founder, co-owner, and CEO of G2 Esports, a championship-winning team in multiple esports.

Forbes last year ranked G2 as the eighth most valuable esports organization with a valuation of $105 million.

G2 Esports CEO Carlos Rodriguez ‘Ocelote’ Santiago posted a video of himself (on September 18) partying with Andrew Tate and it sparked controversies among fans and other Esports gamers. Shortly after, Carlos doubled down on his decision, apologized, and is taking 8 weeks’ unpaid leave.

Away from his controversy, let’s talk about his financial details. Many fans of Carlos and G2 Esports would want to know how much the CEO is worth. So, read on for more.

How much is Carlos Rodriguez’s net worth?

Carlos Rodriguez, the CEO of G2 Esports has an estimated net worth of $1 million. Forbes last year ranked G2 as the eighth most valuable esports organization with a valuation of $105 million. G2 Esports is reportedly worth $340 million. According to EsportsEarnings, he earned $29,527.58 from 57 Tournaments.

G2 Esports CEO Carlos Rodriguez ‘Ocelote’ Santiago posted a video of himself partying with Andrew Tate. Now, a short time after doubling down on his decision, he’s since apologized and is taking 8 weeks’ unpaid leave.

A video posted on Carlos‘ personal Twitter account showed him partying with brothers Tristan and Andrew Tate, and the video resulted in immediate backlash from the esports community.

Carlos then doubled down, saying that “nobody will ever be able to police my friendships” in a tweet. This was followed by an apology tweet the next day, and confirmation of his 8 weeks of unpaid leave from his CEO position.

The beginning of the announcement reads, “Last night we failed you. The actions of our CEO spoke a language in stark contrast with the values and the culture G2 lives by and strives for.”

The statement goes on to talk about building a “safe and inclusive environment” in esports, concluding with the announcement that, after “internal discussion”, G2 CEO Carlos would be taking an unpaid leave, as well as thanks for “holding us accountable.”

Current members of G2 have also spoken out against Carlos’ actions, with Caltys, a member of G2’s newly signed all-female League of Legends roster, making a statement of her own.

While she said that, “recent events are very disappointing”, she also wanted to make sure that people know there’s more to G2 than just Carlos. She speaks about G2’s “amazing staff”, and says that “I want to believe Carlos does not share the beliefs of A. T”.

Additionally, he followed up this statement with a tweet stating that, “G2 is above Carlos and always has been”, and that he’ll, “do anything to protect this company and my colleagues in it as it is my unconditional duty to them”.

These statements certainly haven’t put the backlash to rest. Longtime esports journalist and industry veteran Jacob Wolf claims that the statement on Carlos’ personal account wasn’t written by him.

At the time of writing, the original video of Tate and the tweet from Carlos defending his actions have yet to be deleted by the CEO.