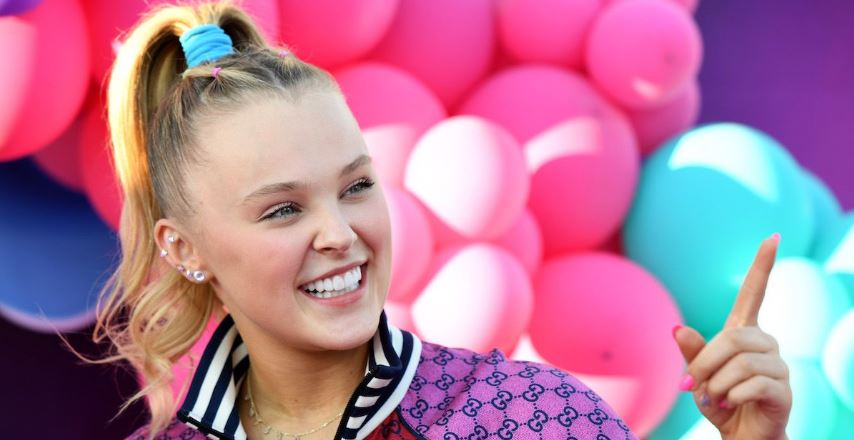 How did JoJo Siwa (and her oversized bows) become famous? It’s all due to ‘Dance Moms’.

When you think of JoJo Siwa, a number of things might come to mind: oversized bows, a surplus of sequins, or possibly a singular, painfully tight side ponytail. The ultra hyper 19-year-old singer, actress, YouTube star, and dancer seemingly got popular overnight, but it’s somewhat ambiguous as to how she got started.

So, how did JoJo Siwa become famous? Shockingly, she got her start through reality television.

JoJo was born into a “dance family.”

JoJo Siwa (full name: Joelle Joanie Siwa) was born May 19, 2003, in Omaha, Nebr. She started dancing when she was only five years old, according to The Famous People, when she became a student at her mother’s dance school.

Clearly, JoJo’s parents wanted her to become famous from a young age. At only nine years old, she tried out (and made it!) on the reality series, Abby’s Ultimate Dance Competition (AUDC), and she became the youngest contestant on the show.

Sadly, young JoJo was eliminated from AUDC within a week. However, she re-auditioned a few years later and made it back on the show, per The Famous People.

JoJo’s undeniably polarizing and bold personality quickly made her an on-screen favorite. Her relentless enthusiasm and affinity for bright colors certainly set her apart from other contestants.

How did Jojo Siwa become famous?

Around the same time, JoJo and her mom, Jessalyn, began appearing in seasons 5 and 6 of Dance Moms. According to International Business Times, this is when she started really making a name for herself.

On the wildly popular Lifetime series, JoJo won gold, and replaced fellow dancer Chloe Lukasiak on Abby Lee’s “elite team.” JoJo left in 2016, and although many of her competitors had negative experiences on the show, she says it taught her a lot, according to E!.

From there, JoJo decided to pursue music.

After leaving Dance Moms, JoJo decided to combine her love for dance with singing. She released her first hit single, “Boomerang,” according to Biography, and a year later, “Kid in a Candy Store.”

That’s when she started gaining a major cult following among 7-year-old girls nationwide, according to Washington Post. From selling out tours to offering lines of neon merch at Target and at Claire’s, JoJo suddenly became a glittery teen pop star.

JoJo’s bow is now a symbol.

If you’ve ever seen a photo of a JoJo Siwa concert, you’ve probably noticed a sea of bows, and that’s because they’re a staple for her. According to The Guardian, JoJo’s beloved bow symbolizes “power, confidence, and believing-ness.”

Also, apparently, they’ve gotten bigger as time has gone on. How much bigger will her bows be when she hits 20? Maybe they’ll provide shelter for surrounding wildlife when she’s 60. Who knows how big JoJo’s bows will get… only time will tell.

If you want to see what she’s up to, check out her YouTube channel.

JoJo’s YouTube channel features the blonde pop star hanging out with North West, surprising her crew with Gucci bags, and putting on a shocking amount of makeup.

Despite the fact JoJo receives hate from people on the internet, she’s undoubtedly a positive person and clearly a talented entrepreneur. With an estimated net worth of $20 million, she’s clearly doing something right.