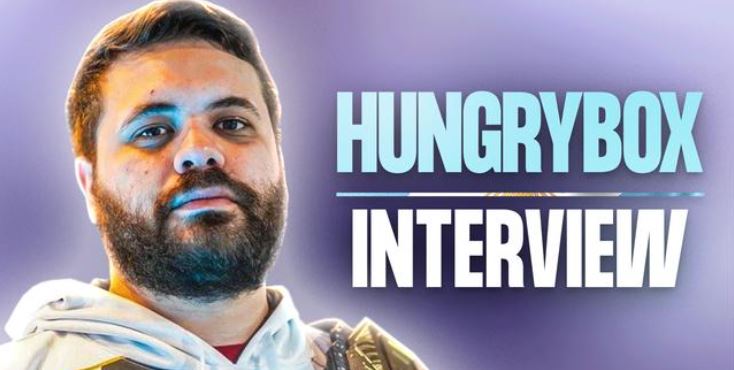 Juan ‘Hungrybox’ DeBiedma is one of the great Super Smash Bros. competitors of all time and an icon in the Latin community. In an exclusive Dexerto interview celebrating National Hispanic Heritage Month, Hungrybox opened up about his rise to stardom.

HungryBox has long been the face of Team Liquid’s Super Smash Bros. roster and has been a household name in both the game’s competitive scene as well as the Twitch and YouTube spaces over the last three years.

The 29-year-old is considered one of the “Five Gods” of competitive Melee and has since become a full-time streamer with over 400,000 followers on Twitch.

As a first-generation Argentine-American, DeBiedma has become a popular figure across the Latin American community. Along his way to the top, Hungrybox has learned many valuable lessons to become a top-tier streamer and competitor.

DeBiedman began attending Super Smash Bros. tournaments when he was just 13 years old. From there, he rapidly gained skills in Smash Melee with the character Jigglypush in particular. Over the decade since Hungrybox has dominated the Melee scene and achieved and won over a dozen major tournaments.

Despite being a Smash Bros legend, Juan still graduated college from the University of Florida and juggled having a job while both competing at tournaments and focusing on content creation.

He told Dexerto: “I was first passionate about content when I was in college. I realized that I could make people laugh while also balancing schoolwork and other priorities.”

Hungrybox also explained how he built such a large following on Twitch, “My most effective method in building my stream was to create content that was original but also enticing and hard to look away from.”

After juggling streaming and working for quite some time post-graduation, Hungrybox decided to focus on becoming a full-time streamer.

While this is no easy feat and no guarantee of success, the hardest part could be breaking the news to his family. Luckily, his close ones were fully on board with the career change.

“My family and friends were usually pretty supportive of streaming. Especially when they realized it was something that could be used to make a living and not just a hobby. I think the most important thing was the fact that I was able to do it while I was studying or working.

“Once the stream got bigger, especially over the past three years, I realized that it was much more important for me to prioritize streaming full-time instead of doing it alongside something else.”

Hungrybox recognizes the challenges he’s had to face in the past with gaining such a massive, widespread audience across the internet.

“The biggest hurdle I’ve had to overcome as a result of my fame is probably just using my platform more consciously and realizing that with so many people watching me I have to recognize how many viewpoints there are on so many various topics.”

Along the road to the top of streaming, Hungrybox lacked guidance. That meant learning lessons the hard way.

“One piece of advice that stuck with me throughout my career was to shake off any bad thing that happened, especially during a match, and focus on the thing directly after. I think if you keep thinking about a bad play or a mistake, it ruins every other play you do after that fact.

“You can’t let past errors impact future success. And when it comes to streaming, no one really taught me how to do it so I kind of just figured it out myself and grew out of my shell.”

The Smash Bros legend and streamer has been in the spotlight since he was a young kid, and as a first-generation American, a ton of pressure was on his shoulders to represent the Hispanic community.

“To be a role model for the Hispanic community and also a representative, I think it just means showing that you can be anything you really want to be when you put your mind to it regardless of where you come from.

“I moved to the United States when I was three years old and was a first-generation immigrant, and I really had to figure out who I was and what I wanted to do in this country from a very young age. But I never let that limit me and rather I feel that my culture and the way I express myself.”

One thing Hbox has become well known for is his aggressive celebrations when winning a match of Smash Bros. He’s even passed out from the insanity of his screams after coming out victorious in close matches.

Although his intensity may be thought to purely stem from his dedication to competing in Smash, they actually have ties to his Argentinian roots.

“With my pop-offs and loud reactions, I feel that a lot of it just comes from the way I was raised in the way people from my country get excited about things, especially soccer. So I always embraced it and never put it away.”

With so much experience under DeBiedma’s belt, he shared important parting words to streamers looking to make a name for themselves. With a “saturated” streaming market, broadcasters need to “offer something that no one else on the platform can” in order to stand out.

“When you bring something unique or do something in a way that no one has, you essentially have a monopoly on that niche content. Take advantage of it and grow from there. Anyone can play video games with their webcam on the screen – make streaming more than that!”