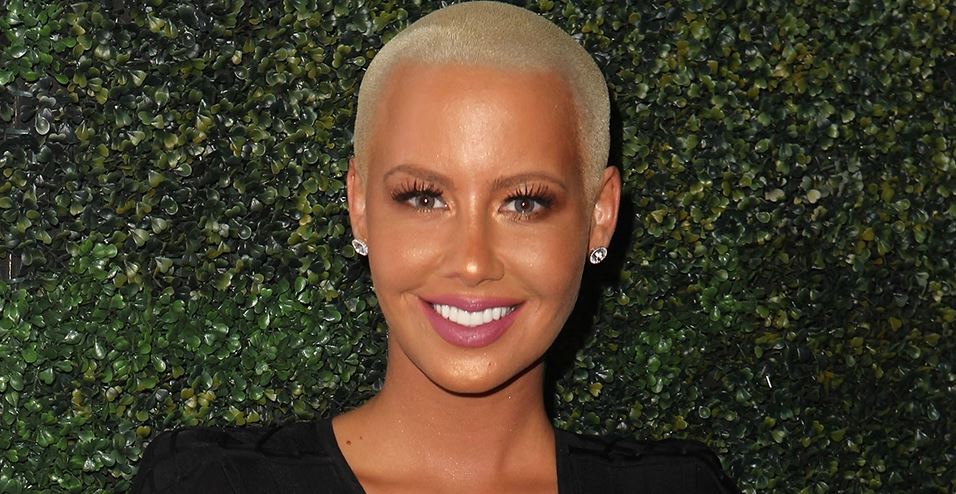 Former exotic dancer Amber Rose rose to fame when she sprung up a relationship with Kanye West.

How many kids does Amber Rose have?

The mother of two was first romantically linked to Edwards in 2018, making their public debut as a couple at the fourth annual SlutWalk.

The Slutwalk founder and Edwards have been dating since September 2018 and confirmed they were expecting in April 2019.

As she went into labor in 2019, Rose shared a series of clips of Edwards playing games with Sebastian as they waited for the baby to arrive.

Rose opened up about her relationship with Edwards in January 2019, writing on her Instagram that he “came into my life at a time where I’ve had enough of the narcissistic, cheating and abuse I’ve endured over the years from my previous relationships.”

“I felt so damaged when I met him and pushed him away in the beginning, he has talked me through everything while simultaneously loving me and working with me so I could overcome my fear of loving someone in the most healthiest way again.

“So @ae4president Thank you for all of ur love and support baby. I love you so much,” she wrote at the time.

The former video vixen and rapper Wiz Khalifa welcomed their son Sebastian in 2013.

Rose and the “Black and Yellow” rapper were married for 18 months.

The couple began dating in 2011, and married in July 2013; however, Rose filed for divorce in September 2014, citing “irreconcilable differences”.

On August 18, Rose accused AE of cheating on her with 12 separate women.

She took to Instagram to slam her baby daddy, writing: “I’m tired of getting cheated on and being embarrassed behind the scenes. All 12 of y’all bums (the ones that I know of there’s probably more) can have him.”

Rose added: “Y’all very much knew he was in a relationship with a baby and y’all decided to f*** him anyway. I saw all the texts and DM’s. Y’all were well aware but y’all don’t owe me any loyalty so it’s whatever.”

She did not reveal the women’s names as she claimed she was “not in the business of ruining lives.”

“I can’t be the only one fighting for my family anymore. I’ve been so loyal and transparent but I haven’t gotten the same energy in return,” she wrote.

“As for him… The lack of loyalty and the disrespect is ridiculous and I’m done. I’m tired of being mentally and emotionally abused by people that I love.

“I’ve been suffering in silence for a long time and I can’t take it anymore. That’s why I’ve been so quiet. I’ve been a shell of who I used to be but I refuse to let anyone damage me anymore. Family or not.”

Are Amber Rose and Alexander Edwards still together?

On Monday (October 10) Amber had the Internet buzzing over her latest Instagram story in which she listed her requirements for her perfect partner. “Why is it so hard to find an intelligent, sexy, rich, successful, tatted gentleman,” she shared. “That also has kids, but is NOT an abusive narcissist.”

While many followers initially agreed with the Slut Walk founder’s list, it was her religious preferences that had folks on social media divided. “And he’s definitely an atheist,” she wrote. “But also a feminist…I’m not asking for much.” Fans quickly hopped into the comment section to share their thoughts on Amber’s list.

“He’s probably in hell sis,” one Instagram user commented. “She lost me at atheist” another chimed in. However, Muva didn’t back down from her statements. She hopped under the Shaderoom’s comment section to double down on list, writing, “I said what I shaid.”

Of Amber Rose’s requirement for a perfect man, many fans are convinced that the model is currently single and might have broken up with her baby daddy, however, they aren’t official evidence to back this claim yet.