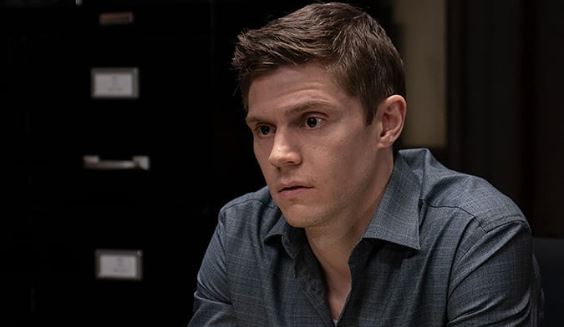 How much is Evan Peters’s net worth? The lead cast in Monster: The Jeffrey Dahmer Story has an impressive fortune.

Evan Thomas Peters is an American actor. He is best known for his multiple roles on the FX anthology series American Horror Story, as Stan Bowes in the first season of the FX ballroom drama series Pose, and as Peter Maximoff / Quicksilver in the X-Men film series and the Marvel Cinematic Universe series WandaVision.

Evan Peters is a heartthrob for many with his dynamic character and acting skills. Before making it big, he was cast in multiple commercials and supporting roles in films, including Kick-Ass and Never Back Down. In 2011, Peters made his breakthrough with FX’s anthology series American Horror Story.

We can say Evan Peters is one of the most iconic actors the world has ever had, and of course, he has been successful in his career. From his latest movie which is live on Netflix Monster: The Jeffrey Dahmer Story, many fans of the actor are seeking to know more about his wealth. So, how rich is Evan Peters?

What is Evan Peters’s net worth?

Evan Peters is an American actor who has a net worth of $4 million dollars, according to Celebrity Net Worth. His main sources of income are from his acting career and other endeavors.

He began his professional acting career with a starring role in the award-winning film, “Clipping Adam”. He went on to win the Screen Actors Guild Emerging Actor Award, among other honors, for his performance.

He spent the next few years appearing in commercials and in starring, co-starring, and guest-starring roles on such television shows as “The Days”, “Phil of the Future”, and “Invasion”. Since then, he has gone back and forth between film and television work steadily. He has appeared in such films as “An American Crime”, “Gardens of the Night”, “Never Back Down”, “Kick-Ass”, and “The Good Doctor”.

He has appeared on such television shows as “Monk”, “One Tree Hill”, “The Mentalist”, “The Office”, and “Parenthood”. He is most widely recognized for his work on “American Horror Story”.

Unlike the other fictional serial killers and murderers that Evan has played on shows like American Horror Story, Dahmer was real and did very, very evil things in real life.

If you haven’t watched the series yet, or if you are not familiar with what Dahmer actually did, here’s what happened: Dahmer murdered and dismembered 17 young men and boys of color. Most of the murders also involved necrophilia, cannibalism, and the preservation of body parts. Dahmer was ultimately sentenced to 941 years in prison (16 life terms), before being killed by another inmate in jail in 1994.

When Evan’s casting was first announced, long-time fans knew that, because of his skills as an actor, he would be able to portray the serial killer with the right tone and in the most appropriate way.

They were right – Evan plays the killer in a way that does not humanise or sympathise with the real-life figure.

Speaking about how he approached the ‘role’ of Dahmer, Evan told Netflix: “I was very scared about all of the things that Dahmer did, and diving into that and trying to commit to [playing this character] was absolutely going to be one of the hardest things I’ve ever had to do in my life because I wanted it to be very authentic.”

“But in order to do that, I was going to have to go to really dark places and stay there for an extended period of time.”

Evan added: “It felt important to be respectful to the victims and to the victims’ families to try to tell the story as authentically as we could.”