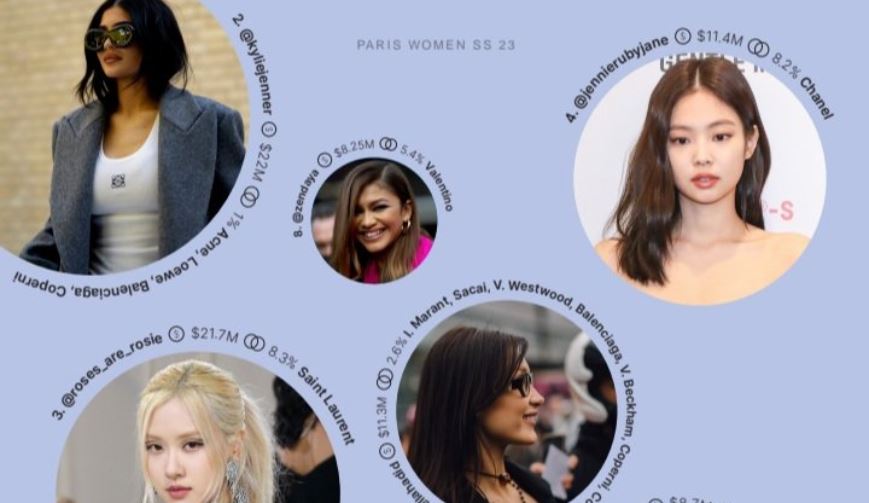 There was a time when people were comfortable saying “Jisoo is the least popular BLACKPINK member.” Today, the singer is thriving with global fame with fans in every corner of the world and an impact that no one can deny.

Just last month (September) she emerged as the most followed K-pop artist on Instagram. In addition, she ruled BLACKPINK’s BORN PiNK era with her almost every teaser being the most liked and viewed solo teaser.

in 2022, Jisoo ranked number 1 on the list of top 10 influencers at Paris Fashion Week for the third time. And we have to say, we are not surprised. Jisoo has created a strong presence in the fashion world with luxury fashion brands like Dior and Cartier literally competing with each other to work with her.

Rosé and Jennie of BLACKPINK ranked #3 and #4 in the same list, respectively.

Fans are proud to see that Jisoo beat fashion icon Kylie Jenner to earn the number one spot. “jisoo ranked higher than KYLIE JENNER (it’s f**king KYLIE JENNER) in the top 10 influencers at pfw 2023 is very big actually. jisoo totally worth every penny dior spent on her.” one fan wrote.

Fans are happy and proud to hear the news: “From having the largest crowd in PFW history and now being the top influencer at PFW with the highest earned media value, Kim Jisoo you will always be famous!”

“Jisoo is the Queen of Paris Fashion Week..No one can deny this, Everytime She attends She is the number one in everything. No matter which celebrity attends or not!”

Jisoo‘s popularity is only expected to grow as she makes her solo debut next year.