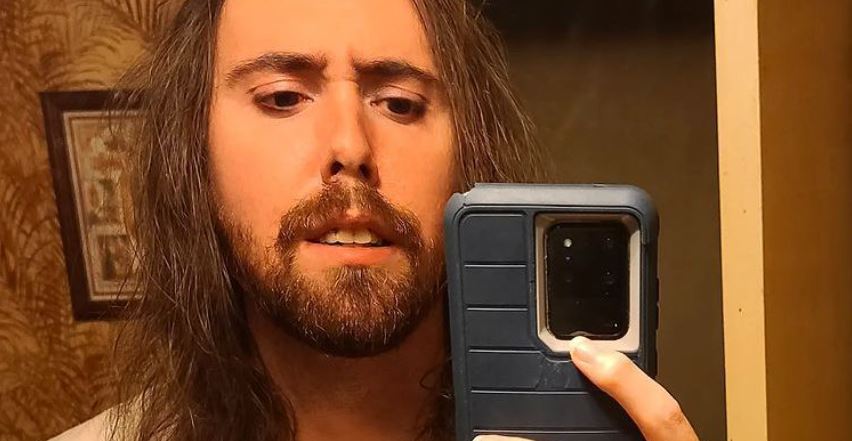 Asmongold admits he may never stream from his main Twitch channel again – but why?

It’s been an especially crazy time on Twitch in recent weeks. What started as a confession from ItsSliker that he borrowed hundreds of thousands of dollars in money from friends and colleagues to feed his gambling addiction turned to Twitch banning gambling from the platform, to OTK member Mizkif being accused of covering up CrazySlick’s sexual assault allegations.

Because of this, other members in OTK have come forward with their own public statements on the matter, many disavowing Mizkif, and CrazySlick’s actions. Maya Higa, Mizkif’s ex-girlfriend who was accused of helping the streamer cover up the allegations against CrazySlick, has already left her platform indefinitely.

Asmongold is one of the owners of OTK, and it seems he is also taking some time away from his public platform. Is he also leaving Twitch?

Asmongold revealed he may not stream from his main Twitch channel again.

While Asmongold has more than 3 million subscribers on his primary Twitch channel, he’s admitted that he’s not quite sure if he’ll ever go live on it again. This, however, doesn’t mean that he’s leaving Twitch.

The recent controversy surrounding Mizkif and OTK, the group that he’s currently a co-founder and co-owner of, has clearly put some stress on the streamer, who stated he won’t be able to do some previously promised streams as he deals with the fallout of the recent Twitch drama.

On Sept. 26, he went live on his second account, Zackrawrr, and spoke about the fate of his primary channel.

“I put a tweet in my drafts that I was gonna tweet out that I was gonna go live on my main channel today,” he said during the stream, per Dexerto. “I woke up at like 7 in the morning and I was just having like a panic attack, and I was freaking out about it. I couldn’t go back to sleep at all.”

Asmongold’s second channel has only 944,000 followers, in comparison.

For now, it seems that if you want to see more of Asmongold, you’ll have to follow his second Twitch channel — but with all of the recent controversy, expect those streams to be less frequent.

Asmongold has made his thoughts on the recent drama with Mizkif and CrazySlick very clear.

When it came to Asmongold’s personal comments on the recent drama surrounding Mizkif and CrazySlick, Asmongold didn’t hold back.

While reading through CrazySlick’s Twitter as he was responding to the assault allegations from Adrianah Lee, Asmongold stated to the streamer (and his former friend), “I hope you die.”

He also openly stated on stream that his other friends, including Mizkif, needed to break off their ties with CrazySlick, or he would personally end his relationships with them as well.

Mizkif has stated that CrazySlick has been told he needs to leave their shared home. Mizkif is also currently on a temporary suspension from OTK while an internal investigation is completed. At this time, Mizkif has not officially been kicked from OTK, though it’s clear Asmongold will not tolerate any more toxic behavior within the group going forward.