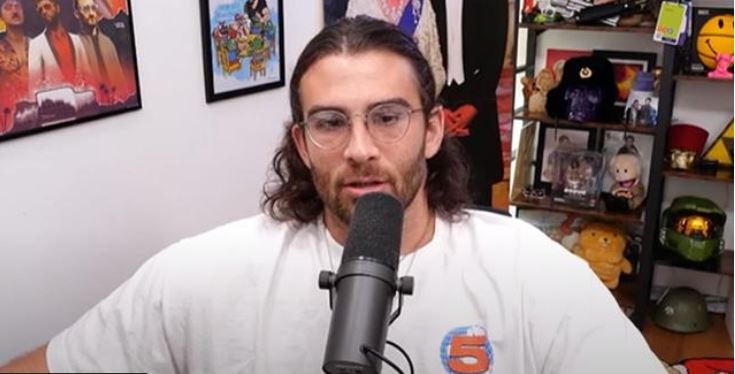 Fans are convinced that popular streamer Hasan may be leaving Twitch after he teased the end of his contract with the site during a conversation with Pokimane.

Hasan is a partnered streamer on Twitch and one of the most popular faces on the platform, where he boasts over 2 million followers.

Although he also has a popular presence on many other social sites, Hasan has been streaming on Twitch for the majority of his career… but some fans think this is about to change.

This speculation stems from one of his most recent conversations with Pokimane while she was live streaming on Twitch. During their chat, Hasan mentioned the end of his Twitch contract, perking up fans’ ears across the net.

Hasan talks end of his Twitch contract with Pokimane

“My contract is ending soon, so I’m trying to get my hours in,” Hasan said.

“Oh, you teasing us with a little something?” Pokimane joked. “You got more to say?”

While it’s unclear whether or not Hasan will choose to stay with Twitch, fans are certainly curious as to the streamer’s next moves, considering a number of his fellow creators have jumped ship to YouTube in recent months.

Hasan’s latest remarks follow a swath of former Twitch stars leaving the platform for YouTube, including, most recently, former Twitch star ‘Fuslie,’ who cited her concerns with Twitch’s DMCA process as a major reason for her switch.

It wouldn’t be a difficult move for Hasan, should he choose to hop over to YouTube; the broadcaster already has over a million subscribers (and a second channel with 39k subs).

For now, it’s uncertain what’s next for Hasan — but at the time of writing, he’s still on Twitch until his contract eventually expires, getting into spats with xQc in the meantime.