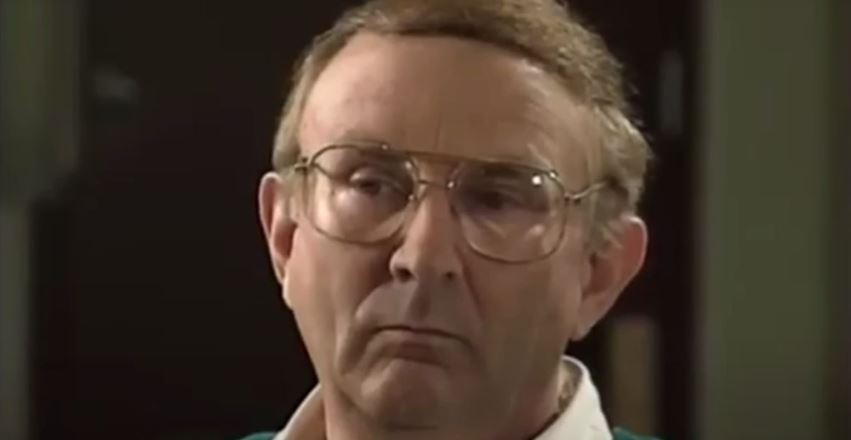 Jeffrey Dahmer was kicked from the military but his father, Lionel loved him so much, so where is Lionel Dahmer now?

Mere months before Jeffrey Dahmer would be killed while serving 15 life terms in prison for the murder of 16 people, his father, Lionel Dahmer, went on Larry King Live. With his wife, Shari Dahmer — Jeffrey Dahmer’s stepmother — by his side, Lionel came on to discuss a book he recently wrote. A Father’s Story details Jeffrey Dahmer’s upbringing, but it’s primarily Lionel Dahmer trying to ascertain his involvement in what his son would eventually do.

In the book and throughout the interview, we’re given glimpses into Dahmer’s relationship with his father who, as trite as it sounds, did the best he could with what he had. Lionel’s unwavering support for his son is touching and for some, surprising. Many parents might not have it in them to not give up.

Where is Lionel Dahmer now? Here’s what we know.

Where is Lionel Dahmer now?

According to an Ohio residential database, Lionel Dahmer (86) is living in Seville, Ohio, and is still married to Shari (81). Hopefully, he has found some peace, though it’s safe to assume his life was forever changed after Jeffrey Dahmer’s arrest in 1991. During his son’s court proceedings, Lionel learned things about him he never knew. These revelations led Lionel to ask himself if there was something about his son he missed. Was this his fault?

He told investigative reporter Stone Phillips in a February 1994 interview that it’s been “eternal torment.” Much of this pain stems from the realization that perhaps Lionel is not that different from his son. In his book, Lionel wrote, “As I began to confront Jeff’s childhood imaginings, it became clear to me that they had not always been wholly different from my own.”

Lionel went on to say that, growing up, he often had dreams of murdering people. These dreams frequently came on the heels of some form of harassment, either physical or emotional, but they were there beneath the surface, never quite taking over. Whereas Jeffrey Dahmer was fascinated by the inner workings of animals which presented themselves in dissecting roadkill, Lionel was obsessed with homemade bombs and fire. “I felt like I was in control and I had some power. I was noticed,” he told Stone Phillips.

In his seemingly relentless quest to accept full responsibility for his son’s actions, Lionel talked about Jeffrey’s home life and how he regrets certain things his son witnessed. “There were times when he heard the shouting [between Lionel and Dahmer’s mother, Joyce], and he went outside. He just left the house.”

Lionel could not be more distraught about how his son was raised. “It makes me sick that we didn’t have a more Ozzie and Harriet type family,” he said. Despite that, Lionel loved his children.

When asked what he saw when looking at his son, Lionel answered the question with a great deal of possibly foolish hope. “The naive parent in me still says I see an innocent, shy child, a defenseless vulnerable child who I wish I could help now.”

A decade later while in conversation with Larry King, Lionel stated it simply. “I loved him very deeply.”