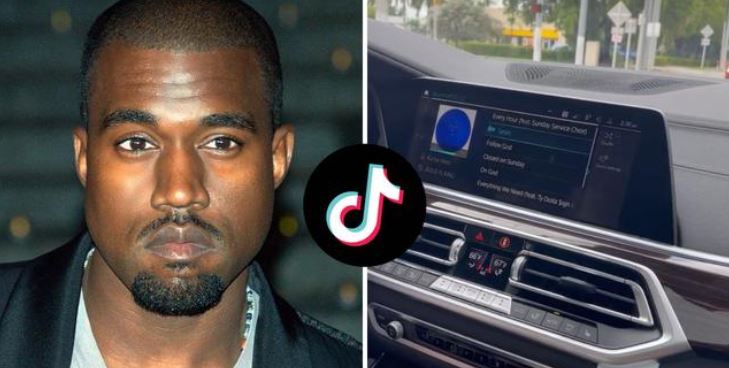 Kanye West has made his TikTok debut, and he’s already gone viral with his first video jamming along to his own music.

The rapper joined the social media app over the weekend, setting up a verified account under his nickname, “Ye.” He uploaded his first video on September 18, much to the delight of his fans.

The almost three-minute-long clip showed Kanye West riding in the passenger seat of a car, while songs from his 2019 album Jesus Is King were playing on the speakers, including ‘Selah,’ ‘Closed on Sunday’ and ‘God Is.’

The video has already amassed close to 1 million views, and 176,000 likes, while Kanye’s TikTok account has over 221,000 followers. The ‘Eazy’ rapper himself has yet to follow anyone, and his profile picture remains a on plain black background.

Kanye shared the same footage on his Instagram Stories, along with videos of him playing classic songs from Ray Charles, Stevie Wonder, Bill Withers, and Sam Cooke, and Chris Stapleton.

Thousands of fans took to the comment section to express their joy over the rap icon joining TikTok.

“This has made my day. Welcome to TikTok ye hope you post more!” one fan commented. “The Goat Is Here,” another one wrote. “Yeezy season approaching,” a third fan shared.

“The queen has fallen but the king has risen,” someone else added.

Click here to watch if the TikTok video is not playing

Others fans were loving the rapper’s first video. “The man listens to himself what a W,” one fan wrote.

“That singing through the hallelujah was just heavenly,” another one commented. “TikTok of the year,” someone else added.

The rapper’s TikTok debut was significantly tame, considering his history of controversial posts on social media.

Last month, Kanye took a jab at Pete Davidson on Instagram, by sharing a mock-up of a newspaper with a headline that read: “Skete Davidson death at age 28.”