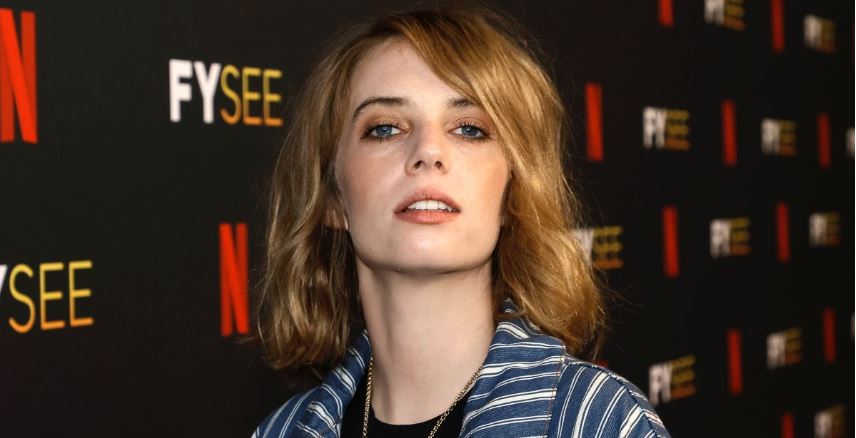 Who is Maya Hawke‘s boyfriend? Maya Hawke has been dating fellow musician Spencer Barnett but who has she dated in the past?

Actress Maya Hawke is one of Hollywood’s many rising stars and plays a primary protagonist in the 2022 American black comedy Do Revenge across from Camila Mendes and Sophie Turner. Daughter of actors Ethan Hawke and Uma Thurman, Maya’s series regular role as Robin in Netflix’s Stranger Things has cemented her place in pop culture history. Unlike her lovelorn character on the show, does Maya have a romantic interest in real life?

Here’s everything we know about who Maya Hawke is dating, explained.

Who is Maya Hawke dating?

Like many celebrities, Maya prefers to be private about her love life. However, she couldn’t resist showing off some PDA with her boyfriend, Spencer Barnett, on Feb. 14, 2022. Daily Mail captured a few photos of the pair exchanging kisses and generally having a good time as they walked the streets of New York City.

Spencer, like Maya, appears to share a passion for music and is currently performing on tour. Daily Mail also notes that Spencer is the son of Shaklee Corporation CEO Roger Barnett and former Manhattan district attorney Sloan Barnett. Although it is unclear how the pair may have met, Spencer appears to be friends with Maya’s brother Levon, which could explain how they became close.

Maya has been linked to several men in the past, including Tom Sturridge.

Maya previously dated Sandman star Tom Sturridge in July 2020. This relationship caused quite a stir due to the age gap (Hawke was 22 and Sturridge was 35). The pair were frequently spotted out and about in New York City until roughly January 2022. Tom is known for his previous relationship with fellow actress Sienna Miller, with whom he shares a child.

Before Tom, in February 2019, Maya was reportedly in a relationship with Rolling Stone President and Chief Operating Officer Gus Wenner. At the time, Maya posted a sweet Instagram post of the pair together, but fans detected they had broken up shortly after. She also hinted that her album, “Blush,” which was released in June 2020, contained references to relationship struggles in her life.

What is Maya Hawke’s sexuality?

In 2019, fans were pleasantly surprised when Maya’s character on Stranger Things, Robin, was revealed to be a lesbian. She told Indie Wire that Robin’s sexuality changed during filming. “Throughout filming, we started to feel like she and [Steve] shouldn’t get together, and that she’s gay. Even when I go back and watch earlier episodes, it just seems like the most obvious decision ever.”

She added, “The Duffer brothers and I, and Shawn Levy had a lot of conversations throughout shooting and it wasn’t really until we were shooting episodes four and five, I think, that we made the final decision,” she said. “It was kind of a collaborative conversation, and I’m really, really happy with the way that it went.”

Although Maya did not comment on her own sexuality at the time, she did say, “Sometimes we can have empathy for people on screen that we wouldn’t normally have empathy for in real life. If I can hope for anything it’s that maybe some people fell in love with Robin and that helped them fall in love with girls who love girls and boys who love boys.”