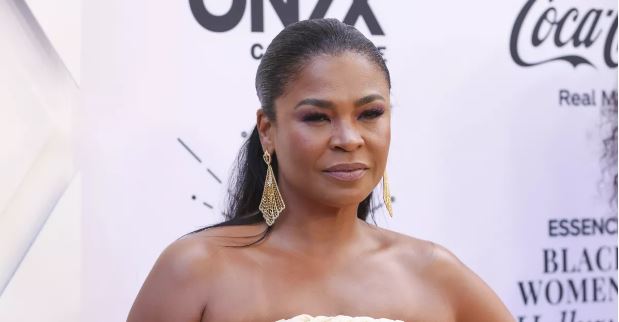 Have Nia Long and Ime Udoka split after the latter’s cheating scandal with a female Celtic staffer?

Recently, actress Nia Long was forced into the spotlight after her fiancé, Ime Udoka, was caught cheating with an employee. The Boston Celtics coach reportedly had an “intimate relationship” with a woman who aided in arranging Nia’s travel schedule.

On Thursday night, the Celtics announced Udoka would be suspended for the entirety of the 2022-23 NBA season after an independent investigation found that the coach’s relationship with a staffer was a violation of multiple team policies.

“I want to apologize to our players, fans, the entire Celtics organization, and my family for letting them down,” Udoka said in a statement to ESPN. “I am sorry for putting the team in this difficult situation, and I accept the team’s decision. Out of respect for everyone involved, I will have no further comment.”

At a Friday press conference, Celtics owner Wyc Grousbeck and president of basketball operations Brad Stevens didn’t expand on what the investigation found or what specific team policies Udoka violated.

Once the news came out, social media users were utterly shocked– and so was Nia. Sources claimed that the 51-year-old was unaware of what had occurred until Udoka told her just days before it reached the internet.

After receiving many kind words, the actress issued a statement on the matter. “The outpouring of love and support from family, friends, and the community during this difficult time means so much to me. I ask that my privacy be respected as I process the recent events. Above all, I am a mother and will continue to focus on my children,” she said.

Have Nia Long and Ime Udoka broke up?

While much of the coverage of Udoka’s situation centered on the sports repercussions, Long’s fans voiced their feelings about the affair on social media, with many pointing out how beloved Long is in the Black community.

Following Ime’s cheating scandal, fans have speculated that what’s next on the line is for the couple to call it a quit. However, there has not been any confirmation from both parties whether they are still together or not but LA Times has reported that Nia plans to “focus on her children“.

Long and Udoka have been in a relationship since 2010 and share a 10-year-old son. The two have been engaged since 2015, but had no plans of getting married, with Long once telling Essence.com that “marriage is not a priority.”

While she asked to be secluded from the public eye, the paparazzi did not adhere to those wishes. As she ran errands with her and Ime’s son, Kez Sunday Udoka, she was stopped by an interviewer.

“How are you holding up,” he asked, to which Nia responded, “I don’t have any comments right now, I’m sorry,” before walking to her vehicle.

Searching for an answer, the interviewer asked if she and Ime would work things out. While Nia did not offer a statement, she did laugh after the question, which many social media users interpreted as a “no.”

Watch the clip from the interaction below.

Long made her first big splash as Brandi in John Singleton’s 1991 film, “Boyz N the Hood.” She landed a guest spot on “Living Single” in 1993, and a year later she had a recurring role in “The Fresh Prince of Bel-Air.” Long starred alongside Ice Cube and Chris Tucker in F. Gary Gray’s “Friday” in 1995.