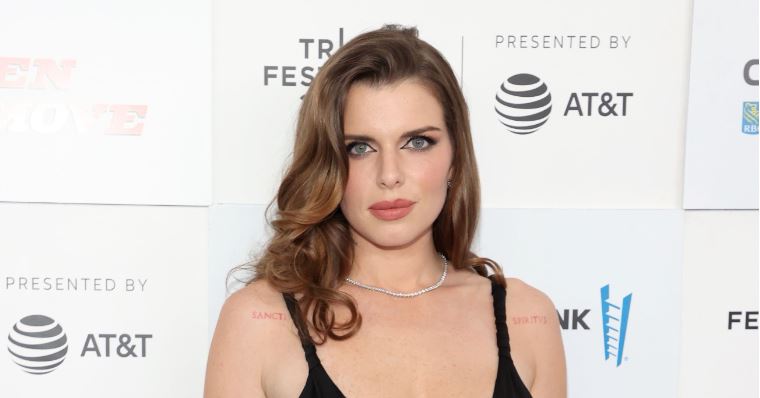 What is Julia Fox’s net worth? Kanye West‘s ex-girlfriend, Julia Fox, is a modern-day polymath — What’s her fortune, and how rich is she?

Julia Fox is an actress, writer, and podcast host who rose to international fame with Uncut Gems. At the beginning of 2022, fans crowned her relationship with Kanye West as the ‘first celeb couple of 2022’ after their romance became official.

Ye and Julia grabbed dinner at Carbone, Miami Beach, Fla., on Jan. 2, 2022. They were papped again on Tuesday, Jan. 4, 2022, after attending an adaptation of Jeremy O. Harris’s Slave Play at the August Wilson Theatre, New York.

Julia Fox rose to fame with ‘Uncut Gems.’ What’s her net worth?

Julia Fox has an estimated net worth of $30 million.

A creative powerhouse, Julia has launched several successful projects over the past few years. She was the brains behind the now-discontinued Franziska Fox, a knitwear brand. She put on exhibitions like R.I.P. Julia Fox, for which she extracted her blood with a syringe to create self-portrait-like drawings on white silk. As a photographer, she published books like Symptomatic of a Relationship Gone Sour: Heartburn/Nausea and PTSD.

Julia Fox and her ex-husband, Peter Artemiev, welcomed a son, Valentino, in 2021.

Julia and her ex, a private pilot named Peter Artemiev, welcomed their first kid, a son named Valentino, on Jan. 17, 2021. As she explained in an Instagram post, she convinced a star photographer and good friend, Richie Shazam, to do an impromptu maternity photoshoot just before she went into labor.

“These photos were taken by my sis, @richieshazam, right after my gynecologist told me I would need to go have my baby early because of some blood pressure issues,” she wrote. “Right after the shoot, I went to the hospital and had my precious baby boy. My forever Valentine, Valentino. Born on Jan. 17, 2021. The best day of my life.”

Julia Fox starred in movies and TV shows — and she is no stranger to writing either.

In addition to her work on movies like No Sudden Move, where she starred alongside Benicio Del Toro, Kieran Culkin, and Jon Hamm, Julia boasts writing credits.