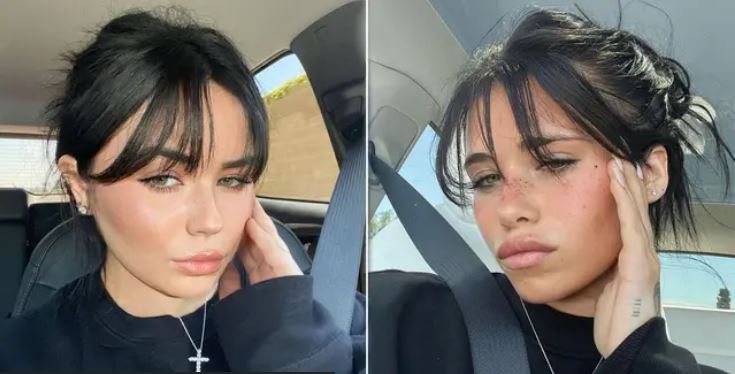 TikToker Kendall Monroe has issued an apology to fellow influencer Nessa Barrett after being accused of copying the ‘La Di Die’ singer to the extreme, but the drama doesn’t end there.

TikTok has quite a few famous creators — Charli D’Amelio and Addison Rae chief among them, both of whom boast ‘copycats’ who could be the spitting image of the two stars.

TikToker and singer/songwriter Nessa Barrett is the latest creator to get her very own ‘doppelganger’ in fellow influencer Kendall Monroe… but some fans aren’t taking Kendall’s content very positively.

Viewers are slamming Kendall on social media, accusing her of copying Nessa Barrett in extreme ways.

Fans are convinced that Kendall is copying Nessa, down to her makeup looks, hair, and outfits.

Some are even putting their TikTok videos side-by-side, noticing that Kendall seems to have taken some serious inspo from Nessa in her own content.

That’s not all; fans also accused Kendall of copying one of Nessa’s tattoos, which she’d gotten with late TikTok star Cooper Noriega, who passed away in June 2022. The duo had gotten two butterflies on their left hands, while Kendall got three on her left hand in a very similar style.

In her most recent videos, fans noticed that even her voice sounds like Nessa’s with its signature vocal fry.

Kendall issued a public apology to Nessa amid the backlash, where she claimed that her TikTok account was actually created as an “experiment” to “really see how much hate there was in the world of social media.”

“I want to apologize to Nessa because at no time in these past couple of months was it ever my intention to make her uncomfortable in any way,” she said. “…I am not obsessed with Nessa, nor have I ever wanted to be Nessa.”

Nessa Barrett lashes out at Kendall Monroe over copycat accusations

She also lashed out at the TikToker in a series of now-deleted videos, where she sarcastically said she was getting “both of my nipples chopped off” and a “tattoo of a baby goat’s butt” on her cheek, as though challenging Kendall to go through with an extreme copycat stunt.

Kendall issued her response to Nessa’s biting comments in a series of photos not long after, where she placed a picture of goat on her cheek.

“Guys I just woke up, but do you like my new tattoo?” she captioned the pic.

Kendall also posted another photo of herself wearing a hoodie, writing: “Also, just got both my nipples chopped off.”

She followed up her response with another photo with the word “b**ch,” clearly a shot back at Nessa.

Nessa Barrett slams Kendall Monroe for “roleplaying” as her

Nessa addressed the drama during a livestream shortly thereafter, where she claimed she was “not putting up” with the “disrespectful remarks” Kendall made, and even accused the TikToker of “roleplaying” as her.

This is far from the first time Kendall has been accused of copying Nessa; the TikToker was approached by paparazzi in May after fans took issue with her apparently ‘copying’ Nessa’s Instagram posts — as well as Nessa herself saying her posts made her feel “uncomfy.”

For now, it looks like these two creators are still at odds as fans of Nessa continue to fill Kendall’s comments asking her to stop ‘copying’ the singer.