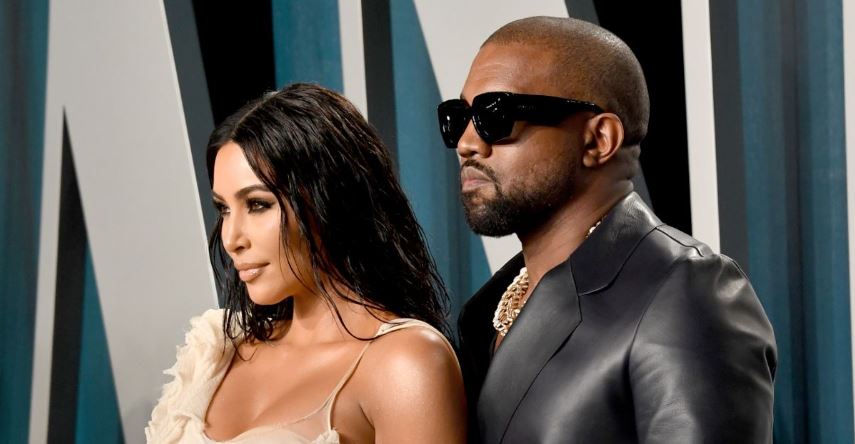 The world of celebrity relationships is a tricky one. Some may argue that it’s strange or “disingenuous” that so many celebrities exclusively date other famous folks, an argument can be made for wanting to pursue a romantic relationship with another person who “knows the deal.” They’ll have a greater first-hand understanding of what life in the limelight is like and handling all of the baggage with that. Which could explain Kim Kardashian‘s choice in husbands over the years.

Who were Kim Kardashian’s husbands before Kanye West?

Kim was born in 1980, and her first husband was music producer Damon Thomas — who was 10 years older than her when they tied the knot (Damon was 29 and the time and Kim was 19). Kim said that Damon was very controlling and urged her to undergo cosmetic procedures at a very young age, paying for liposuction and other procedures.

On an episode of Keeping Up with the Kardashians, Kim stated that she was high on ecstasy when she married Thomas, and credits being under the influence for other “mistakes” in her life, like the infamous sex tape she recorded with R&B singer Ray J.

Kim stated that Thomas was abusive in their relationship, something that he wholeheartedly denied in an interview with the New York Daily News.

Thomas points to the fact that he’s the one who filed for divorce from Kim, and that she had conned him into paying for several cosmetic procedures, “Kim is obsessed with fame. She can’t write or sing or dance, so she does harmful things in order to validate herself in the media. That’s a fame-whore to me,” Thomas said.

Thomas also averred that Kim had cheated on him with multiple men during the course of their four-year marriage, which prompted his decision to leave the daughter of the famous lawyer.

Kim’s second husband was with NBA standout Kris Humphries, a union that famously lasted only 72 days. The relationship was criticized as being inauthentic from the get-go, as Kim sold their wedding photos for a whopping $1.5 million.

The Hollywood Reporter pointed out that Kim and Kris profited quite handsomely from their elaborate celebration and honeymoon.

While many of Kim’s friends stated that Kris was “chasing fame” by marrying Kim, other reports divulged that Kim was actively looking for an NBA husband prior to ever meeting Kris — that she basically wanted to tick off a “baller” box.

Kris was also reportedly “devastated” by the news (as per the SF Examiner) and that the two of them barely spent any time alone together because there were cameras on them pretty much 24/7 — including during their wedding and their honeymoon. It didn’t help that she was also spending almost all of her time filming Kourtney and Kim take New York.

“She and Kris didn’t spend any time together as husband and wife, they even had cameras on the honeymoon. As soon as they came back, they went into filming the show in New York, and had no time to be alone. There were cameras on them 24/7,” an inside source reportedly said.

Now, Kim Kardashian has parted ways with Kanye West. But the divorce is “amicable.”

TMZ has reported that there’s no animosity between Kim and Kanye following Kim filing for divorce; she is asking for joint and legal custody of their four children following her split from Ye.

Many predicted that their relationship was strained since Kanye West has spent the majority of his time in Wyoming. He ran for president and has recently exhibited behavior suggesting that he’s experienced severe mental health issues, according to many people.

Kanye recently made several unsavory comments regarding Kim and her mother Kris Jenner, stating that he believed they were attempting to get him locked up. Comedian Joe Rogan pretty much predicted Kanye’s mental breakdown after marrying into the Kardashian family back in 2014.