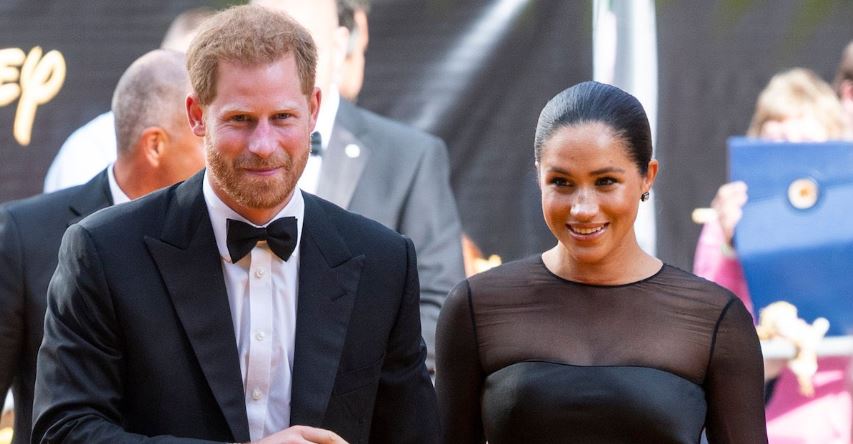 How much does Prince Harry get paid? Prince Harry and Meghan Markle are wealthy enough not to work — Even without the Palace’s help.

All hell broke loose on Jan. 9 when Prince Harry and Meghan Markle announced their intention to step back as “senior” members of the Royal Family and become financially independent.

Naturally, the decision sparked controversy — particularly after it was revealed that Buckingham Palace wasn’t exactly on board with the idea — and led to questions like, “How much does the couple get paid for their public duties?” and “How do they plan to make their own money?”

In an effort to be more transparent, the Duke and Duchess of Sussex created a tab on their official website that outlines where their funds come from and how they’re used. Scroll down for answers to some of the biggest questions surrounding the pair’s shocking declaration.

How much does Prince Harry get paid?

In terms of income, Prince Harry gets paid nothing. As the duo notes on their website, “under the current structure and financing arrangements, [senior members of the Royal Family] are prohibited from earning any income in any form.”

But Harry and Meghan are far from broke. According to reports, the couple received approximately $6.5 million in funding from 2018 to 2019, 95 percent of which came from the Prince of Wales (aka Prince Charles). That money pays for the majority of their royal duties, as well as some personal expenses.

The other five percent is courtesy of the Sovereign Grant, an annual payment from the government that is used to cover the costs of official duties and maintenance of the Royal Family’s multiple residences.

For example, the grant funded the recent refurbishment of Harry and Meghan’s U.K. residence, Frogmore Cottage, due to its historical significance and location in Windsor Home Park. But the house’s fixtures and furnishings were paid for personally by the duo.

What is Prince Harry’s net worth?

Independently, Harry is worth an estimated $40 million thanks in large part to several substantial inheritances, including one from his great-grandmother.

Shortly after The Queen Mother’s death in 2002 at the age of 101, The Guardian reported that Harry and William would gain access to a £6m trust (approximately $7.8 million) when they turned 21. They’ll split an additional £8m ($10.4 million) once they reach age 40.

The unexpected death of their mother, Princess Diana, also left the pair with a significant amount of funds. Forbes previously stated that the brothers started receiving annual dividends of $450,000 when they turned 25, which were taken from individual inheritances worth $10 million.

In their official statement, the parents added that they will split their time between the U.K. and North America (most likely Canada), while “continuing to honor our duty to The Queen, the Commonwealth, and our patronages.”

The Duke and Duchess further explained, “This geographic balance will enable us to raise our son [Archie, 8 months] with an appreciation for the royal tradition into which he was born, while also providing our family with the space to focus on the next chapter…”

What is Meghan Markle’s net worth?

Meghan Markle is an American humanitarian, philanthropist, and former actress. Meghan Markle has a net worth of $60 million dollars. That is a combined net worth with her husband, Prince Harry. Prior to marrying Harry, Meghan’s separate net worth was $5 million. He came to the marriage with a net worth of $20 million, the majority of which came from a trust fund set up by his late mother, Princess Diana.

After announcing their decision to step back from royal duties, Harry and Meghan first spent some time in Canada before leaping down to Southern California where they lived for several months at a home owned by Tyler Perry. In August 2020 it was revealed that Harry and Meghan had purchased a home in Montecito, California (near Santa Barbara) for $14.7 million. As we mentioned previously, they bought the home with a $10 million mortgage and a $5 million cash down payment.

On September 2, 2020, it was announced that Harry and Meghan had inked a five-year $100 million deal with Netflix. Through the deal, Harry and Meghan will launch a production company, through which they will ultimately create scripted content, documentaries, and children’s programming. With bonuses/incentives/extensions the deal could be worth as much as $150 million.

In December 2020 it was announced that Harry and Meghan signed a three-year podcasting deal with Spotify worth $18 million.

Net Worth and Age Difference