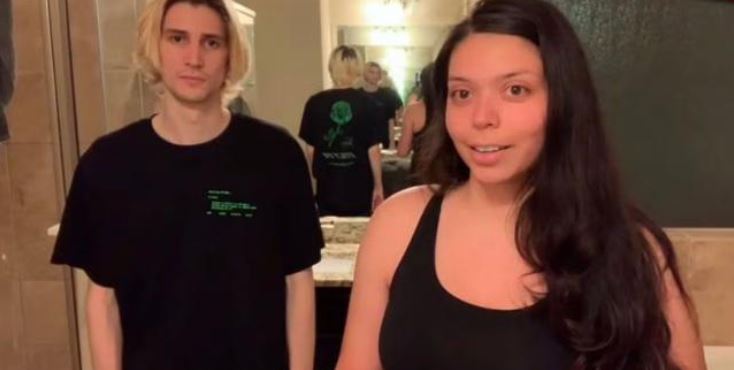 Twitch star Felix ‘xQc’ Lengyel has revealed that he and Adept have broken up again, explaining that he had to choose between the relationship and family.

While some viewers want to know the ins and outs of their favorite streamers’ lives, some broadcasters do their best to keep things private and offline – especially regarding relationships.

In the case of xQc and Adept, it was a long-standing joke that the pair were ‘roommates’ and nothing more, but there were plenty of slip-ups along the way. The pair, ultimately, went public after long and dropped the ‘roommates’ moniker.

They have, though, broken up from time to time, only to reconcile and get back together. Though, on September 15, some fans noticed that they’d unfollowed each other on social media, leading to rumors of another break-up.

xQc confirms he and Adept broke up again

During his stream on September 15, the former Overwatch pro confirmed that he and Adept had, once again, broken up. (Watch the video here)

The Twitch star explained that there was further drama when his brother moved in with him before he returned to Canada, and while attempts were made to reconcile things, it didn’t work. “I felt like I had to make a choice. I was cornered into choosing between family and Sammy, and unfortunately what happened is that I kind of just chose family… it was my fault, that’s just what happened,” he said.

While parts of xQc’s community were happy to get an answer and have things cleared up, others were, naturally, disappointed that the two have gone their separate ways again.

The pair were supposed to attend QTCinderella’s Shitcamp together but obviously didn’t do so. It remains to be seen if they’ll reconcile things this time around.