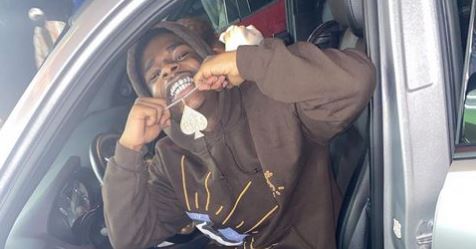 BFG Straap Killed In Dallas Shooting, Rising Rapper Was Only 22. The “GANG MEMBER” artist was gunned down along with 26-year-old Cory Lucien in South Dallas earlier this week.

Another rising rapper has been taken too soon.

According to a new report from HipHopDX, 22-year-old Dallas-based artist BFG Straap was gunned down and killed earlier this week on the city’s south side along with another man, 26-year-old Cory Lucien. The older of the two tragically died at the scene of the crime, while Straap – real name Antywon Dillard – was transported to a local hospital where he ultimately succumbed to his injuries.

Straap’s career began to buzz after singles like “GANG MEMBER,” “Everyday 420,” and “I’m Good” blew up among listeners. He first started making music in 2016, though it wasn’t until the arrival of 2019’s “Las Vegas” that he really started making waves.

The late rapper’s most recent arrival, 11:11, hit streamers just last month. It’s been noted that Dillard’s rap persona had amassed over 17K monthly listeners on Spotify alone before his passing.

Tributes from all over Dallas and beyond have been pouring in for the late 22-year-old, including one from DJ Cav2X, who wrote, “Can’t believe I’m making this post gang. You messed us up with this one fasho, you and ma @ldthemanager believed in me when nobody else did, what I suppose to do now? Forever thankful for the opportunity, love you forever mane.”

At this time, no arrests have been made in the killings.