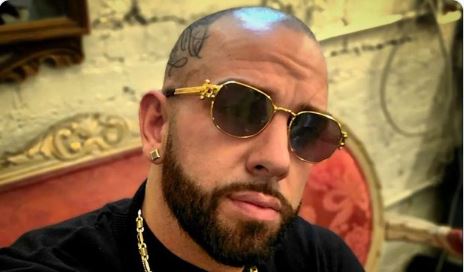 Battle rapper Pat Stay dead at 36, days after dropping The Game diss track. The rap titan’s friends have confirmed his tragic passing after a night out in Halifax, Nova Scotia.

Canadian battle rap star Pat Stay made headlines last month after challenging The Game to a face-off over his Eminem diss track, “The Black Slim Shady,” and though the Los Angeles artist blocked him instead of responding, the 36-year-old went on to drop off a diss track of his own earlier this weekend, which he called “Warm Up.”

Well, there is a piece of unfortunate news spreading like wildfire that he has passed away after being murdered.

What actually happened to Pat Stay?

A few days after the song was first released, however, the hip-hop legend has been confirmed dead by several friends following a stabbing that took place early on Sunday (September 4) morning in Halifax, Nova Scotia.

As AllHipHop reports, local police were called to the waterfront around 12:30 AM this morning after receiving a report about someone being armed with a weapon.

Upon arrival, authorities discovered a man suffering from stab wounds. Though he was rushed to hospital for treatment, the victim ultimately succumbed to his injuries.

While police have not confirmed the victim’s identity, sources close to Stay have confirmed that he passed. An investigation is ongoing, but at this time details about potential suspects remain under wraps.

The battle rap community in particular has been hit hard by the news of Stay’s passing, and we’ve seen hundreds of tributes pour in across social media as more fans find out the heartbreaking news.

“‘I can moonwalk with steel toe boots on.’ Rest in peace Pat Stay,” renowned producer The Alchemist wrote on Twitter. “Battle Rap icon and king. If [you] know me [you] know I always thought he was the best. I’m hurt.”

Another mourner wrote, “Definitely checked with [people] near the situation to feel safe enough to post this. RIP Pat Stay. Condolences to the family and other loved ones who’s been blessed to know him. The BRC will miss you for sure.”