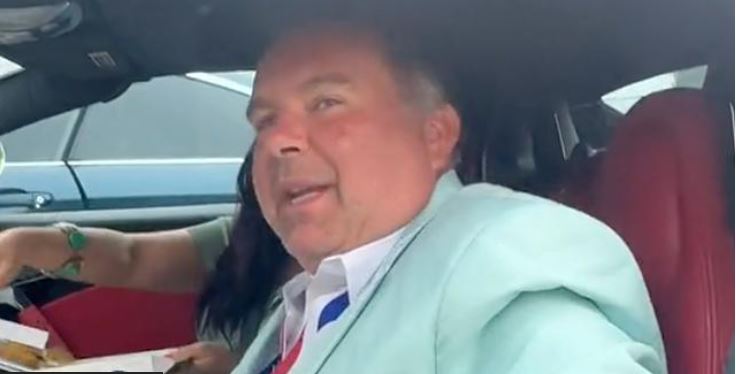 Apple executive Tony Blevins has left the company following a comment he made in a viral TikTok video about women.

On September 5, TikToker Daniel Mac uploaded a video in which he interviewed a man in a Mercedes-Benz SLR McLaren during a car show in Pebble Beach, California.

After asking what he did for a living, the man in the car responded: “I have rich cars, play golf, and fondle big-breasted women, but I take weekends and major holidays off,” going on to add, “if you’re interested, I’ve got a hell of a dental plan.”

The video has since gone on to garner 140,000 likes, but Apple employees soon identified the man in the video as vice-president of procurement Tony Blevins, reportedly setting off an internal investigation over the comments.

Speaking to Bloomberg, Blevins confirmed it was him in the video, and said: “I would like to take this opportunity to sincerely apologize to anyone who was offended by my mistaken attempt at humor.”

According to Fortune, the comments may have been referencing a line from the 1981 film ‘Arthur,’ in which the main character says: “I race cars, play tennis and fondle women, but I have weekends off and I am my own boss.”

An Apple representative has reportedly confirmed to CNBC that Blevins is leaving the company, saying: “Tony is leaving Apple.”

At the time of writing, the clip has over 140,000 likes and 1.4 million views, and interest in the post has reignited following the news that Blevins has left Apple, with many new comments referencing the latest development.