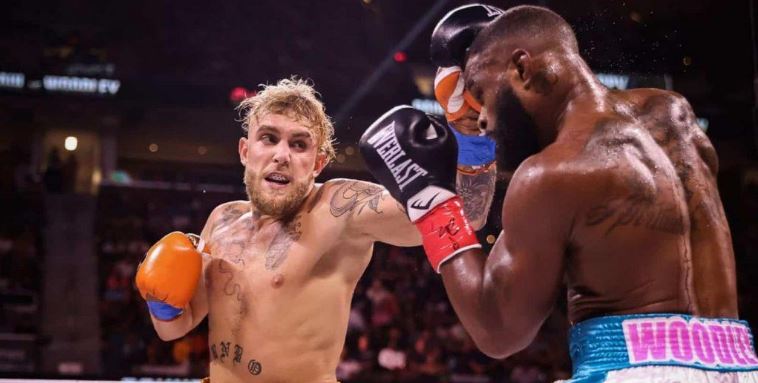 YouTube star Jake Paul has made it his mission to become a pro boxer, and he’s already racked up a few wins. Here’s ‘The Problem Child’s’ boxing record and a list of everyone he’s fought thus far.

Jake Paul is arguably the face of influencer boxing. Although he didn’t start the trend — that credit goes to his older brother, Logan Paul, as well as KSI and Joe Weller — he’s taken the proverbial bull by the horns to become one of the craze’s most prolific athletes.

Here’s a comprehensive list of everyone Jake has boxed thus far, including opponents he almost faced off with but didn’t get the chance to meet in the ring, and his comprehensive boxing record.

Before Jake seriously took up his boxing mantle, he faced off with Deji, the little brother of British YouTuber and rapper KSI.

The two made their boxing debut on the undercard of KSI vs Logan Paul 1 back in 2018. Although Jake Paul got quite the bloody nose from the encounter, he ultimately defeated Deji — and subsequently sparked his current hunger for taking on the biggest and baddest names in combat sports.

Jake Paul won the match by referee stoppage in the fifth round.

Jake Paul would cement his status as an influencer-boxer with his next bout against British YouTube star AnEsonGib in 2020.

This match was an easy one for the Problem Child, who knocked out his opponent cold in the very first round, giving him an ego boost that followed him into his next fight against Nate Robinson.

Jake Paul would make a major leap in his boxing career with his bout against NBA star Nate Robinson. A high-profile match between the basketball pro and the budding YouTube-boxer, this fight drew curious eyes across the net — partly because it happened on the undercard of Mike Tyson vs Roy Jones Jr.

Paul managed to wear Robinson down near the end of the first round, but finally got the knockout in the second round.

Paul upped the ante on his next opponent, former Olympic mixed martial artist Ben Askren. This marked Jake’s first foray into a fight with a pro fighter, retired or not — and it set him up for another major win on his record.

Paul knocked out Askren in the first round of their April 2021 bout. According to Jake, the fight allegedly generated $65 million.

Jake’s next biggest challenge would be his bout against former five-time UFC champ Tyron Woodley. This bout had all kinds of trash-talk leading up to fight night — including a hilarious bet between the two opponents that would have Woodley getting ‘I love Jake Paul’ tattooed on himself if he lost.

Although it’s debatable if Woodley actually kept his promise, Jake ended up taking yet another victory over the seasoned combat sports vet, winning the bout by split decision after going the full eight rounds.

Paul, however, wasn’t satisfied with the commission’s ruling and wanted his knockout… which he got in their eventual rematch.

Initially, Jake was scheduled to take his next fight against British boxer and reality TV star Tommy Fury, but a last-minute injury caused the Brit to bow out.

As a last resort, Paul secured a rematch against Fury; and in December 2021, he got his long-awaited KO, knocking Woodley out in the sixth round to finally settle the score.

At the time of writing, Paul has nearly fought Tommy Fury twice over. As previously mentioned, the two were supposed to face off in late 2021, but an injury on Tommy’s end kept this bout from happening.

The rivals were once again slated to fight in August 2022 — but Fury claims that he wasn’t allowed to enter the United States due to legal complications, putting a stop to their bout (and prompting Jake to forgo all thoughts of taking on ‘Tommy Fumbles’ in the future).

After Tommy Fury bowed out of their August 2022 bout, Paul was forced to look for another opponent, instead — and settled on pro boxer Hasim Rahman Jr., the son of an established heavyweight champ.

Unfortunately, this fight was also canceled after Hasim allegedly planned to weigh in ten pounds below the 215 lb Cruiserweight class. Paul lashed out at Hasim for not keeping to the terms of their arrangement, while Hasim claimed he could make weight in time and urged Paul to “put on the gloves.”

All in all, Jake’s boxing record is 5-0, excluding his amateur bout against Deji in 2018, which he also won.

Jake secured four victories by KO, and one by split-decision.

Paul, who is around 5-foot-11, weighed in at 191.4 pounds ahead of his most recent match against Woodley.

For now, it’s unclear who Jake’s next opponent will be… but we’ll be sure to keep you updated.