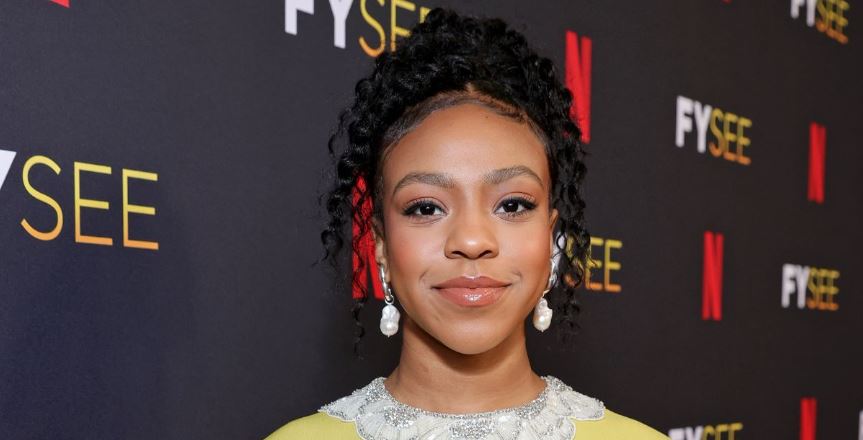 Priah Ferguson credited her parents for inspiring her acting dreams — Who are they?

At age 16, Priah Ferguson is ready to take the world by storm. After landing her first acting job on FX’s Atlanta in 2016, she booked the role of Erica Sinclair in Stranger Things. Erica entered the Netflix show’s universe as Lucas Sinclair’s (Caleb McLaughlin) witty, sarcastic sister.

Priah’s character proved to be precisely what Stranger Things needed. Once Season 2 wrapped, she moved from a recurring character to full-time. Now, Erica is a fan favorite on the series, and Priah’s career is just getting started. Most recently, Priah received an offer to play Marlon Wayans’ daughter in the October 2022 horror film, The Curse of Bridge Hollow.

Throughout her success, Priah has received unwavering support from her family. So, who are the actress’s parents? We’ve got the scoop below.

Who are Priah Ferguson’s parents?

Priah was born on Oct. 1, 2006, in Atlanta, Georgia, to parents Adjua and John Ferguson. John works in entertainment, though he prefers to stay behind the scenes. Priah’s dad is reportedly a design director who has collaborated with Janelle Monae and other artists.

John and Priah aren’t the only creatives in the family. Her mother, Adjua, is a graphic designer and entrepreneur. In the 2010s, Adjua used her design skills to create a party decor line, P.J. Tuttles.

The shop includes party essentials such as napkins, plates, and cups after she said she “became dismayed at the lack of major retailers offering stylish and detailed party themes, especially for children of color.”

Priah’s parents’ creativity influenced her passion for the arts. The actress said her mother was the first person to introduce her to acting. After realizing her daughter wanted to know more about the craft, she explained the business to Priah.

“I would be really into very suspenseful movies and shows, and I would wonder, ‘Oh, how are they on TV?’” Priah explained to PopSugar in June 2022. “How are they doing this? How are they recording this?”

Soon after her revelation, Priah informed her parents that she wanted to take acting seriously. She said Adjua “was a little skeptical about it, but then she put me in some acting classes.” Priah’s parents followed their daughter through her early acting grind. Eventually, the hard work paid off when she earned her Stranger Things role. In February 2018, Priah’s mom shared the milestone on Instagram.

“Long overdue, but congratulations to my eldest daughter, @priahferguson! Hopefully, it makes a little more sense why I go M.I.A a lot these days. Lol! As most families with active kids … these “new school” minis have schedules of their own. She didn’t have a hookup or a bunch of followers, just old school hard work, talent, and dedication to her craft for years.”

Adjua continued to thank Priah’s “bomb agents” and the family’s other supporters. She also said she would be closing P.J. Tuttles indefinitely to help with Priah’s career.

While Priah’s parents have certainly contributed to her success, the actress didn’t look to them when she created her character, Erica. In May 2022, she explained to Today, “I pull [inspiration] from [my sister],” and can relate to Lucas’s frustrations.

Jayda doesn’t seem to be an actor like her big sis, and the family keeps her life private. While Priah believes Jayda is more like Erica, she admits she also has “a little Erica” in herself.

“I’m very nerdy about history,” she said. “Like, I know my facts, like, you cannot tell me anything. I’m very nerdy when it comes to acting. Like, I have my facts about acting. And I’m also nerdy about nails ‘cause I do nails a lot.”

“Everybody has a little nerdiness in them,” Priah added.

Stranger Things and The Curse of Bridge Hollow are streaming on Netflix.