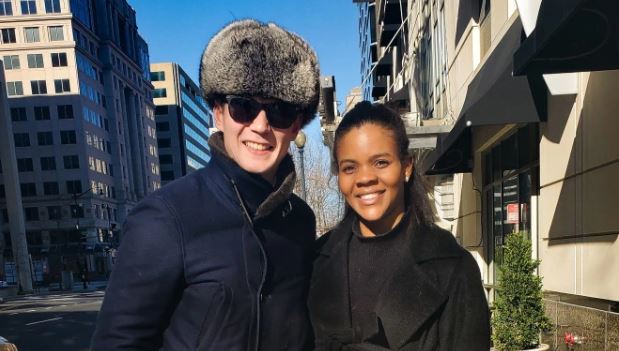 Once again, the Black Lives Matter organization is facing some serious allegations. What started as a movement to highlight the racism, discrimination, and inequality experienced by black people has been framed for misusing funds donated by citizens.

Earlier this year, it was revealed that three founders– Patrisse Cullors, Alicia Garza, and Melina Abdullah– purchased a $6 million home in southern California in October 2020. Although they claimed the home would be a “creator house” for talented African Americans, many people did not believe that narrative– one of those people being Candace Owens.

The 33-year-old conservative has never been fond of the BLM movement. A few months ago, she told everyone that she was working on a documentary that would expose the organization– and now it is here.

Owens shared a trailer with her 4.5 million followers. She showed BLM’s 990 IRS filings revealing that they brought in $80 million. “Where have you seen that money impacted throughout the city,” she asked.

The caption to the trailer read, “I will be hosting the Black Lives Matter funeral next Wednesday, October 12.”

To add fuel to the fire, it was recently revealed that former founder Patrisse Cullors made renovations to her $1.4 million Los Angeles home. According to the New York Post, Cullors spent tens of thousands of dollars to build a new pool and sauna in her backyard.

Check out images of the renovation below.

Who is Candace Owens’ husband?

Englishman George Farmer is an Oxford University graduate and a hedge fund employee. Farmer graduated with a first in theology. He went to the prestigious public school St Paul’s.

He was previously chairman of Turning Point UK. Farmer is also an ex-Bullingdon Club member. He is staunchly anti-EU, describing it as “a toxic, socialist, genocidal superstate”.

In 2016, he became the youngest-ever member of the Leader’s Group, which donated a minimum of £50,000 a year in return for access to the Prime Minister.

He has also chaired the Tories’ lavish Black and White Ball.

On August 31, 2019, she and Farmer married at the Trump Winery in Charlottesville, Virginia. Owens gave birth to a boy in January 2021. She gave birth to their second child, a daughter, in July 2022.

How long have they been married?

Owens and Farmer met in December 2018 at a soft launch reception party for Turning Point UK, according to a Tatler feature on the couple.

On August 31, 2019, she and Farmer married at the Trump Winery in Charlottesville, Virginia.

Owens revealed in a tweet on September 6, 2020, that she was six months pregnant.