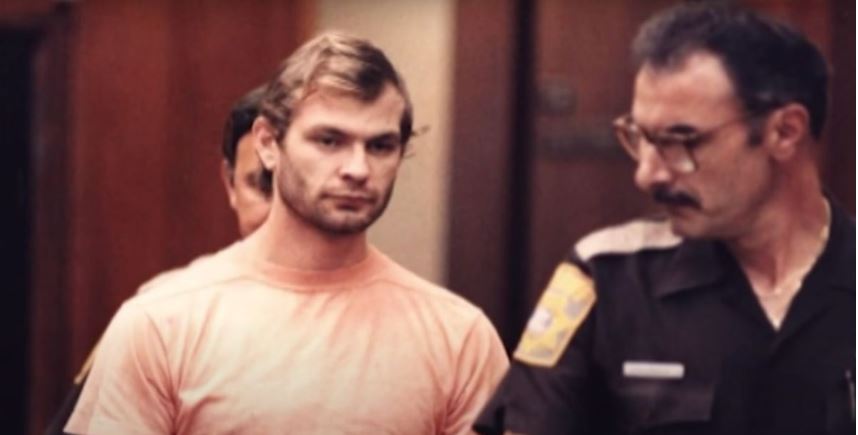 We never hear about serial killer, Jeffrey Dahmer‘s little brother — Is David Dahmer still alive and where is he now?

Netflix’s Monster: The Jeffrey Dahmer Story begins with the day Dahmer was caught. After he was arrested for attempted murder, the world would discover the gruesome secrets he kept under wraps. Police would later remove frozen body parts, skeletal remains, and polaroid photos of his victims from Dahmer’s apartment. Boxes of evidence were carried out by authorities while news crews sent the images to TV screens all over the country.

Who could do something like this?, people asked themselves.

It’s difficult to imagine Jeffrey Dahmer as a child in Bath, Ohio where he grew up in the 1960s. His status as an only child was interrupted by the birth of his younger brother in 1967. Jeffrey was given the great honor of naming his new brother. He chose the name David, and it’s David who we know the least about when it comes to the Dahmer family.

Where is David Dahmer now?

Where is David Dahmer now?

In a June 2004 episode of Larry King Live, host Larry King interviewed Jeffrey Dahmer’s father and stepmother nearly a decade after he was murdered while in prison. At one point in the interview, the conversation turned towards Dahmer’s brother, David. Lionel told Larry King that David changed his name and asked that his privacy be respected. But that didn’t stop stepmom Shari Dahmer from volunteering some information.

She said he has a career as well as a family and is very happy. At the time of the interview, Shari also let Larry King know that David was expecting his second child.

When asked if Jeffrey and David were close, Lionel mentioned the fact that Jeffrey was seven years older than his sibling but they “enjoyed themselves as brothers.” However, their personalities could not have been more different. Whereas David was “very ebullient and outgoing,” Dahmer was shy and introspective.

While David Dahmer’s buoyancy annoyed his brother, Lionel assured Larry King that he loved David very much. Whenever Jeffrey Dahmer would get angry, he never directed it towards David, and he certainly never used physical force on him. This is the most we’ll probably ever know about David Dahmer, who has understandably disappeared from the public eye.

MSNBC reporter Stone Phillips secured the most comprehensive interview with Jeffrey Dahmer from prison in February 1994. Almost 90 minutes in length, Dahmer came across as calm, matter-of-fact, and as perplexed by his actions as anyone watching. The first thing he spoke about with Stone Phillips was the weather. It’s so normal you almost forget what he did.

When discussing his childhood, Dahmer was somewhat detached. It’s as if someone else was telling the story of his life. When asked what he and his father usually talked about when he visited, it was nothing out of the ordinary. “We talk about our family, home, how things used to be, what prison life here is like, and try to keep things as light and upbeat as possible,” Dahmer said.

When Dahmer’s adolescent interest in dead animals was brought up, he remained even-keeled. “All I know is that I wanted to see what the insides of these animals looked like,” he shared. “There may have been some violence involved, some underlying feelings of violence.”

His mother, Joyce Flint, also painted an interesting picture of Dahmer as a child. “Jeff was the most beautiful darling, sweetest baby, the nicest young boy,” Joyce Flint told MSNBC News. Dahmer offered an explanation as to why Joyce felt this way.

“From about 15 years on up, a great deal of my thoughts were basically unshareable with anyone so I just closed myself off and just put on a mask of normalcy,” he revealed.

Around the ages of 14 or 15, his intrusive thoughts grew in frequency and intensity. “I started having obsessive thoughts of violence intermingled with sex and it just got worse and worse. I didn’t know how to tell anyone about it, so I didn’t. I just kept it all inside.”

Dahmer’s mother struggled with mental illness herself and was often emotionally unavailable. While this isn’t thought of as overtly abusive, it can often lead to things like borderline personality disorder (something Dahmer was later diagnosed with). Because emotional withholding is so insidious, people often don’t recognize it as abuse. In fact, Dahmer himself didn’t. “My childhood wasn’t filled with any great tragedies or anything. There were good times and there were bad times.”

Monster: The Jeffrey Dahmer Story is currently streaming on Netflix.