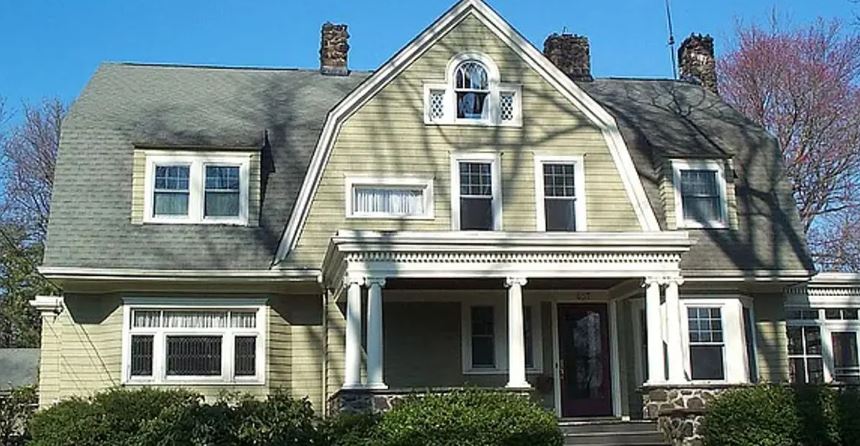 The Broaddus Family sold the Watcher House in 2019 — Who owns the hellish property now?

Whether it be Long Island’s infamous Amityville Horror House or San Jose’s Winchester Mystery House, the U.S. is brimming with supposedly haunted properties, many of which are stunning to a jaw-dropping degree. But there’s something even more haunting than lurking phantasms: the living. For instance, the six-bedroom house located at 657 Boulevard, Westfield, N.J., — colloquially known as the “Watcher House” — was previously stalked by an anonymous figure, one who would seemingly stop at nothing to protect the home.

Acting as the inspiration for Ryan Murphy and Ian Brennan’s dramatized Netflix series The Watcher, The Cut‘s now-famous 2018 article by Reeves Wiedeman details the horrors Derek and Maria Broaddus endured after purchasing their dream home at 657 Boulevard. Subsequent to buying the 1905 Dutch colonial for about $1.3 million in 2014, the Broadduses received a handful of ominous and threatening letters from an individual who called themself “The Watcher.” Clearly vengeful, the individual claimed that the house had been “the subject of [their] family for decades.”

Things came to a boil when The Watcher started referring to the family members by name, including the Broaddus children (whom The Watcher deemed “young blood”), and vaguely threatening their lives. The nightmarish events deterred the Broadduses from ever moving into the home.

After much torment, the Broaddus family sold the home for nearly roughly $500,000 less than they had purchased it for. And that’s with fresh renovations. So, who owns the Watcher House in 2022?

Who owns the Watcher House today?

Due to swirling rumors about the Broaddus family’s living hell, selling the cursed house was a journey. Derek and Maria put the home on the market in 2016 and again in 2017, per NBC New York. According to a deed filed with the Union County clerk’s office, the house was sold to a couple in July 2019. Reports show that it sold for exactly $959,360.

Coldwell Banker Residential Brokerage real estate agent Beth Sullivan told Today Home that the new homeowners would prefer to remain anonymous. We get it, they don’t need to be the subject of another media circus.

However, according to NJ.com, the current owners’ names are Andrew and Allison Carr.

Who owned the Watcher House before the Broaddus family?

The Broaddus family bought the hell house from John and Andrea Woods, who ultimately revealed that they also received a Watcher letter just days before moving out of 657 Boulevard. Because they didn’t disclose this information at the time of the 2014 sale, The Broadduses sued the Woodses in June 2015. This caused John and Andrea to counter-sue for defamation, as detailed by NJ.com.

Jersey Digs asserted that just a “handful” of people have lived at the Watcher House, including the Woodses, the Broadduses, the Carrs, and a depression-era mayor of Westfield.

One-term mayor William H. Davies, who was elected in 1932, once resided in the now-infamous Watcher House, per NJ.com. Archived coverage from Westfield’s local library further states that he “also served as 3rd Ward councilman, as chairman of the Westfield Republican Committee, and on the board of directors for two local banks.” He owned the property from 1913 to 1947.

As far as we know, the current owners of 657 Boulevard have not received any disturbing letters in their mailbox. But hey, The Watcher is still out there, and we bet they’re still watching … closely.