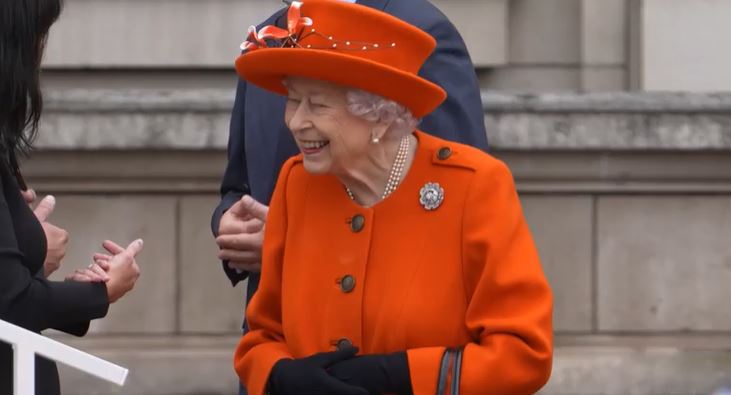 The UK’s monarch for the past 70 years, Queen Elizabeth II has died at age 96. Here’s what will happen to her $500 million fortune.

Per the report, it is believed that Queen died a natural death.

Queen Elizabeth II was worth $600 million according to Celebrity Net Worth. Forbes also reports that Queen was worth $500 million.

The finances of the British royal family come from a number of sources. The British government supports the monarch and some of her family financially by means of the Sovereign Grant, which is intended to meet the costs of the sovereign’s official expenditures. This includes the costs of the upkeep of the various royal residences, staffing, travel and state visits, public engagements, and official entertainment. Other sources of income include revenues from the Duchies of Lancaster and Cornwall, income from assets of other trusts, income from private investments, and a parliamentary annuity.

How Queen Elizabeth’s net worth, homes will be bequeathed to royal family

While the monarchy as a whole is worth $88 billion, according to Forbes magazine, Queen Elizabeth personally was worth a fraction of that. But $447 million of her own personal money should be going to her family.

Some of that money is inherited: She got $85 million when her mother died and a further $12 million from her husband Philip. A large bulk of her income also originated in the Crown Estate — the monarch gets 15% of the profit of the large property estate, which once belonged to the monarchy and is worth nearly $10 billion. That income will now pass directly to her successor, Charles, after her death on Sept. 8, 2022, at age 96.

A separate and completely private income comes from the Duchy of Lancaster, another land and property portfolio, which is held in trust for the Sovereign. It makes about $24 million a year. That, too, will pass to Prince Charles.

“The big question is who she [left] her money to,” Angela Levin, author of “Camilla, Duchess of Cornwall; From Outcast to the Future Queen Consort,” told The Post. “Did she leave much to Prince Andrew or Prince Harry? Do they deserve it?’

Prince Charles will have plenty of money once he becomes king so it is likely that the queen looked after all her other children and grandchildren — however badly they’ve behaved — in her will.

“It’s been widely reported that Andrew is the queen’s favorite son, and it’s likely she’s set aside some portion of her fortune for him,” said royal commentator Josh Rom. “While he wants to rehabilitate his image, it’s unlikely that will happen. His association with Jeffrey Epstein and his failure to cut ties with him, despite knowing about some of his crimes, is something that the public, for certain, won’t get over.

“But there are [the queen’s] other children — Anne and Edward — as well as their children too. She’ll have wanted to look after all of them.”

As for the many grand houses and palaces, we are now likely to witness what has been called the “Game of Homes,” with many of the royals moving and Charles shuffling the cards in terms of who lives where. He will obviously get priority, Prince William and his son Prince George will get second dibs.

Charles’ London abode will be Buckingham Palace, although he is also expected to open up more rooms to the public.

Prince William and Kate Middleton are likely to move into the fairy-tale Windsor castle where the queen spent her final days. At 1,000 years old, it is the oldest and largest occupied castle in the world, but Charles is said to not be a fan. That’s because it is also rather noisy, being located under the flight path of nearby Heathrow Airport. The couple will also keep a private apartment at Kensington Palace in the heart of London.

Balmoral, in the Scottish Highlands and the traditional abode of the queen in the summer, may be turned into a museum.

“Charles and Camilla love Birkhall, which he inherited from his grandmother, so they don’t need another home in Scotland,” Levin said. “[Kate] and William have never expressed their love of the place.”

That leaves the royal estate Sandringham, in Norfolk, as well as Charles’s private house Highgrove in Gloucestershire — the place he really calls home — and his London base, Clarence House, which he moved into after his grandmother’s passing.

One plan is that Clarence House — once earmarked for Prince Harry — is now saved for when Prince George comes of age, while Sandringham, where Charles has already developed an organic farm, may become his country estate. Highgrove could become a museum, with Charles using it for a few weeks of the year and paying for the privilege.

Charles’ siblings are unlikely to be much affected by the changes. Prince Andrew took over the Royal Lodge in Windsor after the passing of his grandmother, Prince Edward’s home at Bagshot Park belongs to the Crown Estate and he is also likely to stay put. And Princess Anne was given her home, Gatcombe Park, by the queen.