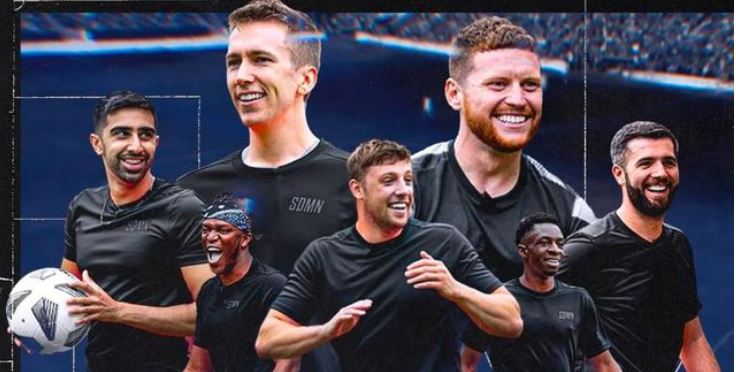 Sidemen FC kept their winning run over the YouTube All-Stars alive in the 2022 Sidemen Charity Match, running out 8-7 winners over their fellow content creators in a record-breaking affair.

After a few years on hiatus, the Sidemen Charity Match returned for a 2022 outing at Charlton Athletic’s The Valley Stadium, pitting Sidemen FC against the YouTube All-Stars in a massive game.

The last time the game was played, it was the hosts who ran out 7-1 winners, but the YouTube All-Stars kept things closer this time around, and could easily have won the highest-scoring encounter in the history of the match.

27,000 fans packed into The Valley to watch the game, with a further 2.6 million watching live on YouTube. Though, if you missed out, don’t worry, we’ve got all the big highlights.

Things got started in rapid fashion, with the YouTube All-Stars jumping out an early 2-0 lead thanks to goals inside the first 10 minutes from Beta Squad members Chunkz and Niko Omilana.

Going behind 2-0 seemed to wake the Sidemen up, as they quickly responded thanks to Vikkstar123’s low-driven effort that squirmed its way underneath Cal The Dragon. Tobi leveled things up a few minutes later before YouTube All-Stars found themselves in front again.

Theo Baker ensured that the YouTube All-Stars would head into the break with a well-deserved lead, though, again firing low past Sidemen FC’s Pieface after being played in by TikTok’s own Noah Beck.

The Sidemen got back into things shortly after the half-time interval, with Tobi leveling things up. Again, though, the YouTube All-Stars regained momentum with a goal from Castro.

Streaming phenomenon IShowSpeed almost wrapped things up for the All-Stars as he poked home past Pieface. However, the moment that fans waited for was chalked off, given he was offside for the umpteen time in the game.

From there, the Sidemen wrestled back control and jumped out to their first lead of the game after goals from Miniminter and ChrisMD. Though, Niko leveled things up at 6-6 after Chunkz’ long-range effort was spilled directly into his path, giving him a simple chance to tap home the equalizer.

WillNE put the All-Stars back in front with a close-range effort, but that late lead didn’t last long. Manny got things back on level terms before Miniminter completed his hat-trick with a long-range chip of Cal the Dragon to give the Sidemen the win.

The full game is available to watch back via the Sidemen’s YouTube channel, so if you want the full experience, be sure to check it out below.

The charity game will likely return next year, and the YouTube All-Stars will be eager to get back to enact revenge.