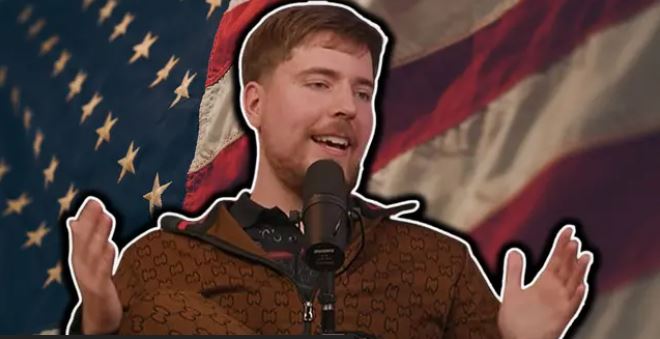 YouTube star MrBeast admitted that he’s open to running for US President once he turns 40, and says a big part of his campaign would be advertising how he “can’t be bought.”

Jimmy ‘MrBeast’ Donaldson is one of the most prominent YouTubers on the platform. Boasting over 100 million subscribers, he’s second only to PewDiePie — and his empire continues to grow.

With over six official channels, a successful restaurant chain, a chocolate bar line, and his very own charity, MrBeast’s success is the envy of many content creators… but he’s not done yet.

In an October 5 podcast episode with the ‘Tiny Meat Gang,’ MrBeast spoke on the possibility of running for President of the United States to “fix” some of the nation’s issues.

MrBeast reveals his plan to run for United States President

“Yeah, maybe in like, 20 years, we’ll see,” he said of the subject. “Yeah, I wanna try to make a ton of money and then just give it all away right before I announce my campaign. Imagine I have 10 billion dollars and I just give it all away, and I’m just like, ‘I can’t be bought.’ I had it all. Give it all away. That’s pretty powerful.”

“And then, instead of giving in to lobbyists or agendas, I just like, do whatever’s good for the American people. Sounds like it’d be a good idea.”

“I think I could, to be honest,” he continued. “I think when I’m 40. Because I do think Presidents are just getting way too f**king old. Especially by then, a lot of the older people in America will die out and there will be more people around our age. I think we’re due for younger Presidents.”

This isn’t the first time MrBeast has hinted at running for Prez; he brought up the topic back in 2020, saying he’d like to run “one day” when he’s more mature.

He’s not the only YouTuber who’s considered the Presidency in their career plans, either. Logan Paul has publicly considered the prospect multiple times, previously planning a 2032 run with Jake as Secretary of Defense in a viral podcast episode.

For now, it looks like both influencers are allowing themselves to mature before getting into politics — and that’s just as well, seeing as candidates must be at least 35 years old to run for the highest office in the United States and they’re still in their twenties.