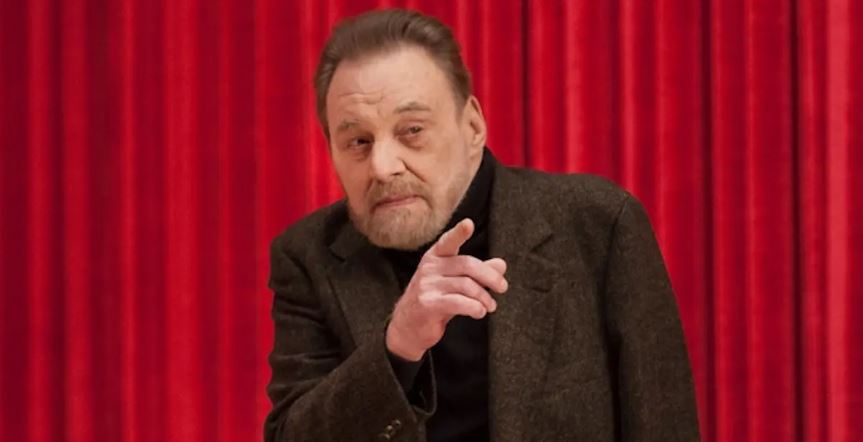 Beloved ‘Twin Peaks’ star Al Strobel has passed away at 83 – What did he die off and what was his fortune before death?

Any time we lose a star, people all over the world are affected, even if we didn’t know them personally. In some cases, we grew up with them, or they inspired us to become who we are today. The latest celebrity to pass is Twin Peaks’s Al Strobel, who sadly passed away on Dec. 2 at the age of 83-years-old — the third Twin Peaks star to pass away in the last two years.

Twin Peaks fans of Al Strobel’s Phillip Gerrard are all wondering what his cause of death was. While 83 years old could be old enough to pass of “old age,” some are still left wondering. So, what was Al’s cause of death?

‘Twin Peaks’ star Al Strobel’s cause of death has yet to be announced.

Although people have already shared many of their memories of Al Strobel and best wishes to his friends and family, we are still in the dark when it comes to Al’s cause of death.

Al grew to popularity after playing the one-armed Phillip Gerrard, also known as “Mike.” Basically, Mike is a spirit with the ability to inhabit a human host, and for the duration of Twin Peaks, Mike chose to inhabit Phillip.

Phillip was just a simple salesman before he was inhabited by Mike, and his character claimed that he lost his arm in a car accident near Memphis, Tenn., and that before losing it, it was tatted up with a “MOM” tattoo. In 1989, he took a dose of haloperidol to suppress Mike’s influence, so it was unclear after this how much of Phillip was actually Phillip. We later learned that Gerard actually cut his own arm off to stop Mike’s former partner in crime, Bob, from possessing him.

Al Strobel portrayed Phillip in both the original 1989 Twin Peaks as well as in the 2017 revival. In reality, Al really did lose his arm, and like his character’s cover story, he actually lost it in a car accident. However, that didn’t stop his career.

In fact, before joining the cast of Twin Peaks, Al was in a 1986 film, Shadow Play, and then appeared in ten episodes of the 1989 Twin Peaks while fighting against BOB. He then appeared in a Twin Peaks spin-off, Twin Peaks: Fire Walk With Me in 1992 and another in 2014 called Twin Peaks: The Missing Pieces. All of this led to his nine appearances in the 2017 Twin Peaks before he passed on Dec. 3.

While Al’s cause of death and family situation is unclear, it’s evident that he was loved by many. Twin Peaks producer and David Lynch collaborator Sabrina Sutherland shared the news on her Facebook, in which she wrote on Dec. 3, “I am sad to have to post that Al Strobel passed away last night. I loved him dearly.”

Others were quick to pay their regards. Twin Peaks co-creator Mark Frost wrote, “Oh no…. Dear Al… as those of you lucky enough to have met him over the years, what a warm and wonderful gentleman he was. RIP, friend.”

Dana Ashbrook, who played Bobby Briggs, wrote, “Sad, sad news … love Al. He was the sweetest of men. A wonderful story teller … and to watch him roll a one-handed cigarette — pure magic.”

What was Al Strobel’s net worth?

Al Strobel had an estimated net worth of $5 million at the time he died. A site also estimates he was at a point making an income of $3 million. The majority of Al’s income came from the sale of his Yeezy brand sneakers.