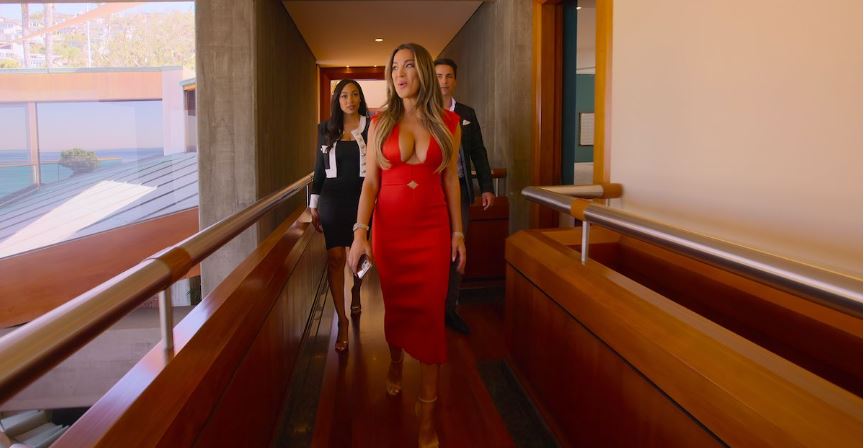 When she’s not listing luxury properties, ‘Selling the OC’ star Alex Hall is a mom to two kids but who is their father?

The twins and 12 of the agents who work at the Orange County officials are now the stars of the new Netflix reality series, Selling the OC. Like their Selling Sunset counterparts, the Selling the OC agents aren’t always on the same page when it comes to their listings, or their friendships with one another.

One star who has a key role in the debut season is Alexandra “Alex” Hall (there are two other Alexandras at the OC branch of the brokerage: Alexandra Jarvis and Alexandra Rose).

Like her co-stars Austin Victoria, Kayla Cardona, and Brandi Marshall, Alex Hall is balancing parenthood with her busy real estate career. When she’s not touring luxury properties, hosting open houses, or spending time at the office, Alex is a mom to two kids.

The agent shares her children with her ex-husband, whose name is not mentioned on the show.

Who is Alex Hall from Selling the OC? Find out more about her real estate career, her family life, and her role on the show below.

Alex’s background is in interior design, which means that she’s knowledgeable about utilizing the best staging practices for her listings as well.

Outside of her real estate career, Alex is a mom to a preteen daughter named Gia and to a younger son, who both briefly appear on the show. Alex has shared photos of her children on her public Instagram feed over the years, but she has otherwise been private about her family life.

Alex shares her two kids with her ex-husband.

The agent discusses her dating life in the debut season of the Netflix original, and she hopes that she will one day be able to get remarried. Alex was previously married for seven years, and her ex-husband is the father of her two children. Other details about Alex’s ex — including his name and his profession — are not publicly available at this time.

It’s also unclear when exactly Alex and her ex-husband decided to divorce.

Though Alex is showcasing her professional endeavors (and her relationships with her colleagues) on Selling the OC, she is, otherwise, fairly private about her personal life.

Her dating life is a topic of conversation on the show, but Alex has not indicated on social media that she is currently in a relationship.