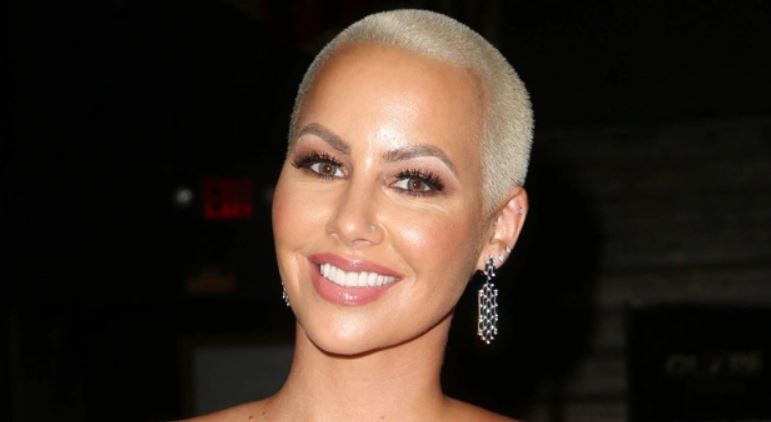 Amber Rose’s requirements for her perfect man sparks controversy. The model’s request for “an atheist” caused a stir on social media.

Amber Rose is no stranger to sparking controversy. The mom of two has had her fair share of tumultuous relationships, marriages, makeups, and breakups throughout her years in the spotlight. Although the model has kept a lower profile in recent years, she still manages to cause a stir every few months or so with her social media posts.

On Monday (October 10) Amber had the Internet buzzing over her latest Instagram story in which she listed her requirements for her perfect partner. “Why is it so hard to find an intelligent, sexy, rich, successful, tatted gentleman,” she shared. “That also has kids, but is NOT an abusive narcissist.”

While many followers initially agreed with the Slut Walk founder’s list, it was her religious preferences that had folks on social media divided. “And he’s definitely an atheist,” she wrote. “But also a feminist…I’m not asking for much.” Fans quickly hopped in the comment section to share their thoughts on Amber’s list.

“He’s probably in hell sis,” one Instagram user commented. “She lost me at atheist” another chimed in. However, Muva didn’t back down from her statements. She hopped under the Shaderoom’s comment section to double down on list, writing, “I said what I shaid.”

Amber Rose has been in an on-and-off relationship with Alexander ‘A.E’ Edwards, a Def Jam record label executive.

On April 3, 2019, Rose disclosed via an Instagram post that she is expecting a baby boy with Def Jam record label executive Alexander Edwards. In October 2019, Rose gave birth to a son.

The two split up in August after three years of dating following Amber’s discovery of various messages from and photos of other women on AE’s phone. She alleged the musician had a dozen “sidepieces” … that she knew of.

Amber has kept her relationship with her estranged boyfriend and father of her youngest son, AE, on the low after he admitted to cheating on the famous model with 12 different women last year. He begged Rose for her forgiveness in a lengthy Instagram post, writing, “I’m sorry for the pain that I’ve caused you, my son slash, and my stepson Sebastian. All I want is my family back, and I’m willing to do anything to make things right.”

In January 2022, the pair seemed to have rekindled their romance after being spotted out and about holding hands in Los Angeles. However, no word on the couple’s relationship status as of today.

Amber Rose was spotted while out on a dinner date with on-again, off-again baby daddy, Alexander Edwards, and her family. At one point, the pair were seen smoking cigarettes together outside the quaint Indian eatery, Flavor Of India, in the Studio City neighborhood of Los Angeles on Thursday, January 2022.

Of Amber Rose’s requirement for a perfect man, many fans are convinced that the model is currently single and might have broken up with her baby daddy, however, they aren’t official evidence to back this claim yet.