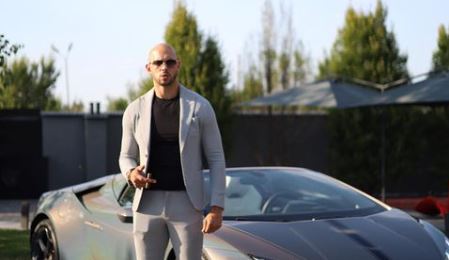 Who Is Andrew Tate dating now, is he even in a relationship, and who has he dated in the past?

Andrew aka Cobra Tate Andrew, in several interviews, has mentioned being raised by his single mother in England. According to Wikipedia, his father, Emory Tate, was an American Chessplayer.

The kickboxer has mentioned his mother in several Youtube videos, but he has kept her identity out of sight of the media. According to sources, Andrew’s mother was harsh, mean, and bold, unlike other mothers.

From his controversial perspectives about women, many would be surprised that Andrew is reportedly in a relationship but chooses to keep his private life out of the public’s eye.

Many netizens also believe that he has kids from either his current girlfriend or previous relationships.

Who is Andrew Tate and what does he do for a living?

In response to the recent onslaught of press coverage of Andrew Tate, most of the major social media platforms have banned him. Facebook, Instagram, and TikTok have all removed his accounts there, citing violations against their policies on violent speech, as have YouTube and Twitch. He had a huge following on Instagram, with millions of followers before he was banned from the App.

Andrew Tate issues final ‘final message‘ to viewers after ban from various social media platforms. “Banning me and deleting me leaves a black hole,” he said in the video, which was uploaded to Vimeo on Tuesday.

Old he fought out of Luton, England, until his retirement.

Andrew has revealed that even though he is a four-time world champion, Kickboxing didn’t make him rich, and his primary source of wealth is from his companies, including many casinos in Romania.

Besides business, the kickboxer runs YouTube channels, Tate Confidential, Tate Universe, and Trigger Don, where he uploads lifestyle vlogs and podcasts under the name TateSpeech.

Therefore, Andrew earns revenue from Youtube and has close to 2 million combined subscribers.

Are Andrew Tate and his girlfriend Naghel Georgiana still dating anyone?

Andrew Tate is reportedly in a relationship with a woman whose name is Naghel Georgiana Manuela. A report by Mixed Article indicates they’ve been dating for a while.

In February 2020, the kickboxer returned to KO Masters 7 in Bucharest, Romania, where he currently resides with his girlfriend.

On October 21, 2021, Andrew posted pictures with his girlfriend on his Instagram post, sitting on a Jet plane, captioned, “Flying in my Jet with the only woman I trust. Magic powers.”

Andrew and Naghel are unmarried in 2022 but are stronger together as a couple who live a good lifestyle outside of the public/social media.

Does Andrew Tate have kids?

It is currently unknown whether or not Andrew Tate is a father as he’s stayed silent on the topic. In June 2021, he appeared on the Anything Goes with James English podcast in an episode titled “My life as a PIMP.” During this installment, Andrew was asked if he had any children, to which he teased, “Do I have kids? If I had kids, I wouldn’t say it on the podcast.”

That said, we do know that Andrew is not married. Earlier this month, he shared his strong perspective on marriage during an episode of the Full Send podcast. And the truth is, he has no desire to be a husband whatsoever.

As he summed up, “The idea of getting married in and of itself is completely and utterly fruitless. I think it’s for the woman. The women enjoy it. But women enjoy lots of things when they don’t have to pay for it or organize anything,” he said.

Clearly, Andrew knows what he wants and it’s not a wife. While he’s been previously criticized for his views which some have regarded as misogynistic, he’s never said anything that suggested he was anti-children.