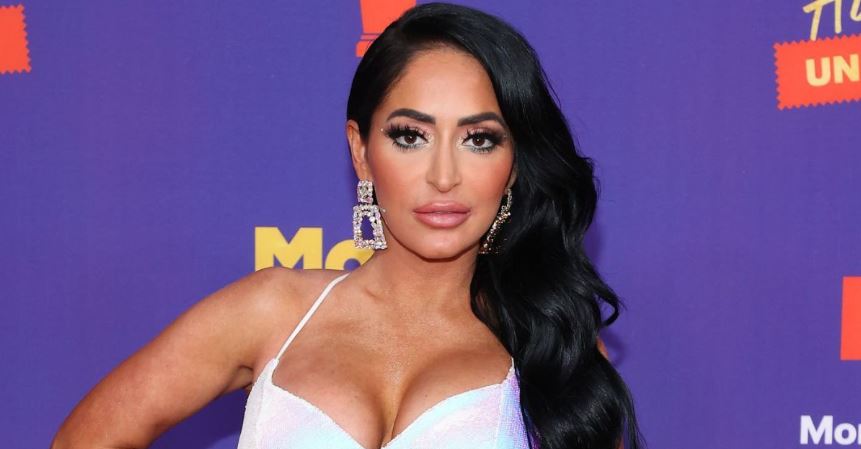 Who Is Angelina Pivarnick dating after ‘All Star Shore’ and ‘divorce’ from husband Chris Larangeira? Here’s an update on her love life.

The cast of Jersey Shore has been known to get involved with a spinoff or two including Jersey Shore: Family Vacation and All Star Shore. Since reality TV lovers are most likely going to be obsessed with the Jersey Shore cast forever, it makes sense that people are curious to know about Angelina Pivarnick’s dating life.

She just went through a divorce, but it turns out she’s open to dating someone new. There are a few rumors going around about her love life these days. These are the details.

The marriage between Angelina and her ex-husband Chris Larangeira might’ve fallen apart, but that doesn’t mean she’s planning to stay single for long. According to her TikTok page, she’s definitely ready to start putting herself back out there. On May 9, 2022, she posted a video where the on-screen text reads, “When you are on reality TV and try going into the dating world again.”

So while she doesn’t seem to be dating any one specific person at the moment, it’s clear she’s ready to get back out there.

There have also been rumors milling about that Angelina may have had affairs behind Chris’s back while they were still married. But is there any truth to this?

Angelina Pivarnick is accused of having an affair with a man named Luis “Porto” Caballero.

Luis “Porto” Caballero was one of Angelina‘s co-stars from All Star Shore. Rumors about an alleged affair between Angelina and Luis made their rounds while they were filming the spinoff reality show. If the rumors are true, it would mean that they had a fling going on while she was still married to Chris.

According to The Sun, Chris filed for divorce after catching wind of the infidelity. When he found out that she supposedly cheated with Luis, he immediately moved out of their shared home. A source revealed to the outlet that Angelina also had another affair with a separate man named Joe. Angelina hasn’t spoken up about any of these rumors.

While the original Jersey Shore show was being filmed, several hookups between cast members were caught on camera. One of those hookups happened to take place between Angelina and Vinny Guadagnino.

It was a totally unexpected moment, but she climbed on top of his lap and planted a kiss on his lips. They were coming back to the house from a night out at a Miami club, and the kiss happened in front of most of their co-stars.

After that, Angelina and Vinny didn’t jump into a committed relationship or anything, but they did maintain a flirtatious relationship. Some of their most flirtatious moments happened while wrestling together in bed in front of the cameras.

It’s also been revealed that Angelina hooked up with Mike “The Situation” Sorrentino and Pauly D, according to a Reddit thread posted by an ex-field producer of the show.