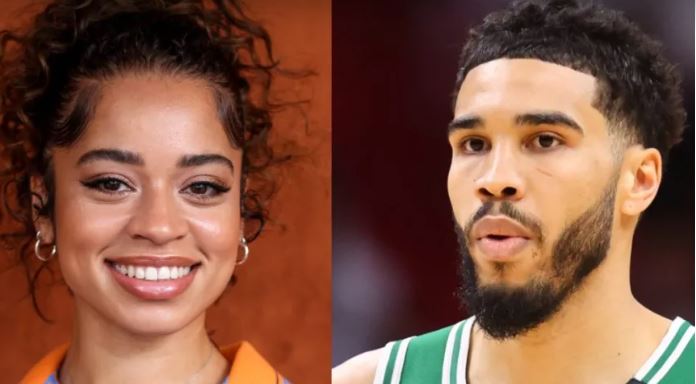 Singer Ella Mai was a trending topic on social media over the weekend after photos of her seemingly on a date with an NBA star surfaced.

Dating chatter sparked after the “Boo’d Up” singer and Boston Celtics small forward Jayson Tatum appeared to attend a party together thrown by the CEO of Fanatics, Michael Rubin.

The Independence Day bash was significant. The event had lots of athletes and celebrities in attendance, including Drake, Travis Scott, Michael Blackson, Kendall Jenner, and Devin Booker, to name a few.

As images from the event surfaced online, fans rarely mentioned the superstar guests as fans focused their curious comments on Ella Mai, 27, and 24-year-old Jayson Tatum.

Why did Ella Mai and Jayson Tatum go viral

What had people talking was the pair appearing in a video recap from the event. The recap shows the two stars wearing matching white outfits and looking relaxed next to each other.

In the fast montage, Mai and Tatum are seen flashing their pearly white smiles in a candid shot. The video goes by fast, with the rumored couple appearing for a second, but a fan quickly took a screenshot of the moment to comment on their excitement. They wrote,

The viral tweet attracted hundreds of retweets and comments. Some commenters alleged to have known that Tatum and Mai were an item although neither star officially confirmed. According to a Clutch Points report from May 2022, Jayson has allegedly

It’s unclear how and when these two initially met. Jayson has a 4-year-old son named Deuce from a previous relationship. As for Ella Mai, she has not been in any serious relationships so far publicly.