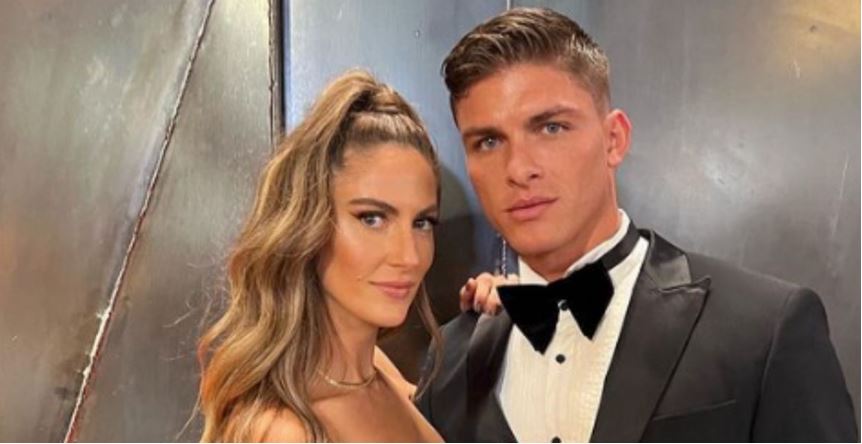 Austin Victoria is already a fan favorite among the ‘Selling the OC‘ cast – but who is he married to and does he have children?

The latest and greatest addition to the Selling franchise of reality real estate television shows is Selling the OC. Focusing on properties centered in Orange County, Calif., the show follows the same formula as Selling Sunset, taking the beautiful and wildly successful realtors of The Oppenheim Group and sharing their exploits with the world.

One of the new stars of Selling the OC who is already turning fans’ heads is Austin Victoria, a realtor who works with Jason Oppenheim and is a main fixture in the new spinoff show. With that being said, who is his wife? Furthermore, what about his daughters? Here’s what we know about the burgeoning reality star so far.

Who is Austin Victoria’s wife?

After eight years of dating, Austin and his wife, the fashion designer Lisa Victoria, tied the knot in 2018. From the looks of her Instagram account, Lisa enjoys traveling and spending time with Austin and their family. It’s unclear what brand she designs clothing for, but it goes without saying that she, Austin, and their children are all very fashionable.

Who are Austin Victoria’s daughters?

Not only is the Selling the OC star happily married to Lisa, but the duo also shares two adorable daughters. Indeed, Austin and Lisa are parents to twins Lila and Hazel, who were both born on Oct. 23, 2019. As evidenced by the Instagram page that Lisa runs for them, the two little girls are fun-loving and frequently don trendy matching outfits.

Who exactly is Austin Victoria?

32-year-old Austin originally hails from Glendora, Calif., and actually had a career path far removed from his work in real estate up until recently. Austin has worked professionally as a male model for years, previously being represented by Wilhemina Los Angeles and Major Model Management. His accomplishments in the field are pretty substantial as well, as he’s worked on campaigns for prestigious brands such as Armani Exchange and American Eagle.

However, in 2017, Austin pivoted to real estate and became a team member at Keller Williams Beverly Hills. Just a few short years later, he joined The Oppenheim Group and has quickly proven himself to be an integral asset to their team, becoming a top producer and his team’s lead agent, per his official profile on The Oppenheim Group’s website.

In his free time, Austin enjoys “living a healthy lifestyle and always pushing the boundaries to become physically and mentally stronger.”

Be sure to check out Austin and the rest of the Selling the OC cast on Netflix.