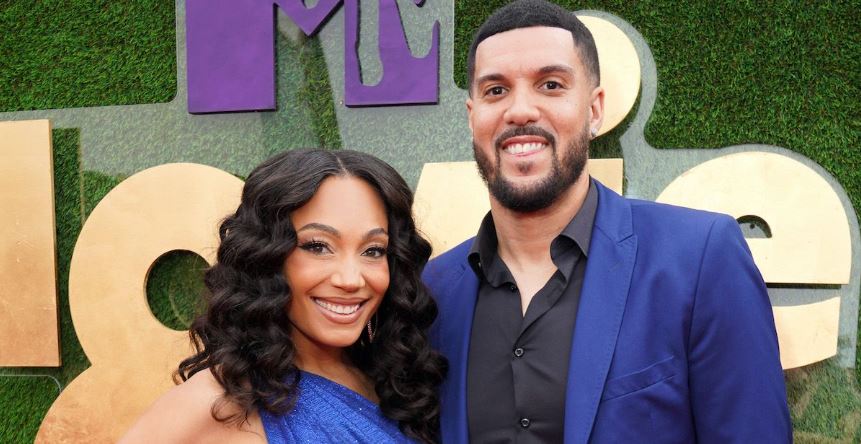 Who is Brandi Marshall married to? The ‘Selling the OC‘ agent shares two children with her husband, a former professional basketball player named Sean.

Long after Netflix confirmed that two Selling Sunset spin-off shows were in the works (and about eight months after the first, Selling Tampa, dropped), Selling the OC has officially launched on the streamer.

Like Selling Sunset, Selling the OC features agents who work at The Oppenheim Group real estate brokerage. The stars on the latter season sell properties and represent clients at the group’s Newport Beach office.

Though the show features high-end luxury listings, it’s also largely about the agents’ work lives, and their personal lives.

While stars like Alex Hall, Sean Palmieri, Polly Brindle, and Kayla Cardona discuss their dating woes on the show, several of the other agents at The Oppenheim Group are married — like Brandi Marshall.

As Brandi mentions on the Netflix original, she’s married to a retired basketball player. Who is Brandi’s husband? Read on to find out more about the Selling the OC star’s personal life.

The small forward then spent some time playing in the G-League, which is a minor league basketball organization for the NBA. He played for the Sioux Falls Skyforce for the 2010 season before he returned to Turkey — and then to France — for another season each.

After playing two more seasons on various teams in Turkey and spending one season in Dubai, Sean was briefly on the roster for the Westchester Knicks. He then played in Germany and in France again.

In 2016, Sean signed on for another season in Turkey with the Eskişehir Basket team.

Sean officially retired from the sport in 2020 after 13 years of playing professionally. He announced the news on his public Instagram feed.

“I can honestly say that I am ready to move on from playing the game of basketball…” Sean wrote in part of his statement on Sept. 21, 2020, before he thanked his wife for her support. “You came into my life late in my career and you stuck by my side through the ups and downs. I couldn’t thank you and the kids enough for being my inspiration.”

The ‘Selling the OC’ star and her husband are the parents of two kids.

As Sean referenced in his retirement announcement, he has children with Brandi. The spouses share a daughter named Autumn, and a son named SJ (Sean Jr.) together.

According to her bio on The Oppenheim Group’s official website, Brandi’s husband and kids are “at the center of her life, and she enjoys holding the title of wife and Girl Scout mom.”

You can catch Brandi on the first season of the Netflix real estate reality series.

The debut season of Selling the OC, which consists of eight episodes, is available to stream on Netflix now.