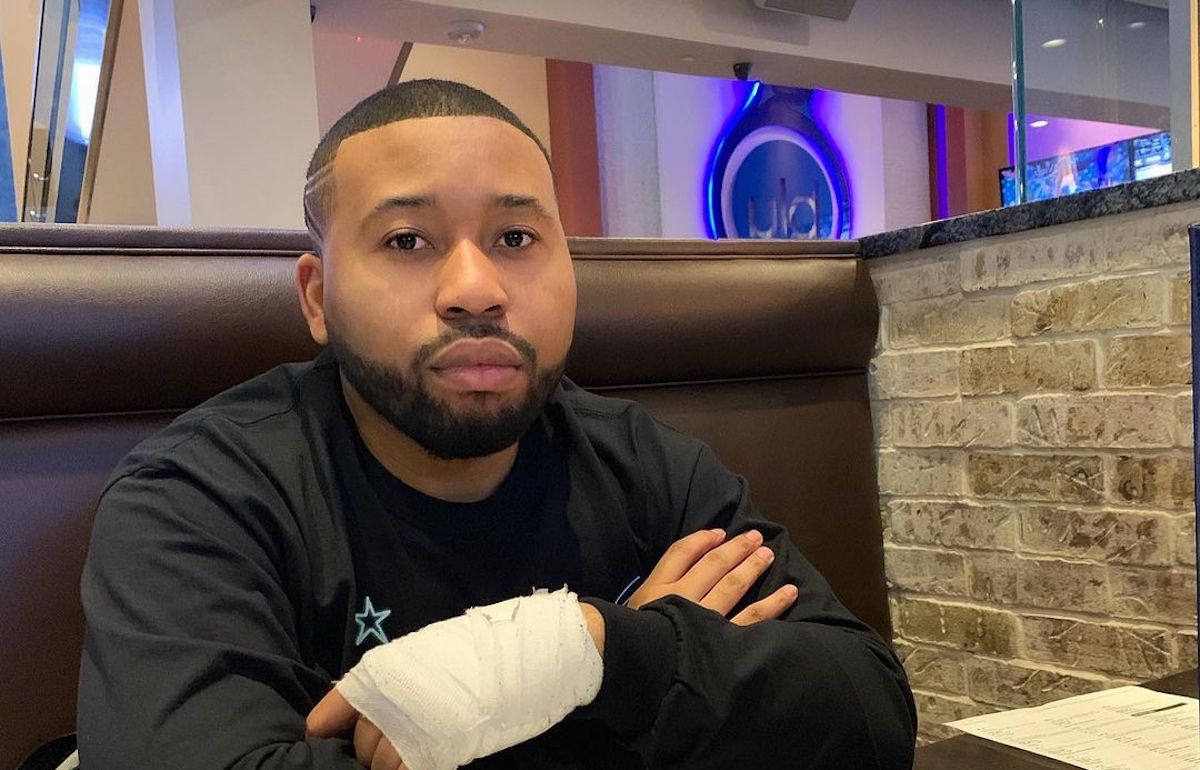 An audio clip resurfaced of DJ Akademiks allegedly speaking about hooking up with women of different ages, he finally speaks out.

DJ Akademiks is facing heavy criticism for comments he made eight years ago where he talks about seeing no difference between having sex with an underage girl versus one above the age of consent.

DJ Akademiks is usually caught up in scandals, and while many women have called him misogynistic and hateful, even men are now calling him out as a pedophile after the disgusting comments surfaced.

In the 27-second clip said to be from 2013, Akademiks can be heard talking about having sex with minors and even saying that he has his own rules which he follows, which is if someone has a college ID, he’s going to have sex with them whether they are underage or not.

The audio started trending on Tuesday evening and has drawn backlash from users on social media who called out the social media personality for his crass comments.

On Wednesday, Akademiks popped up with a video on his YouTube channel defending himself and seeking to offer clarity as he claimed that he was at the time speaking about 24-year-old Tyga dating 17-year-old Kylie Jenner.

“What I was trying to say is that, either you’re 21 or 20, right? And someone’s like, 17, this is only the college dynamic, right? Because they put four years of kids together, just like they do in high school. I said, usually, there’s not much of a difference, like, when you’re in college, you don’t really see the difference and I still believe that,” he began as he carefully chose his words.

“At no point did I ever say that I f**ed some under 17 or under 18. I was I was giving y’all an example I said in college, I said 17 in college becomes a grey area because people don’t ask for IDs.”

“So colleges or high school where the ages are a little bit outside of what is actually acceptable… when people go to college, people do not check ID…no one says ‘hey how old are you’ they’re usually under the assumption that the people they are dating or dealing with is of age.”

“As long as they go to your school, bro, you do not ask,” he said repeatedly. “It’s not that you want anybody underage, you just assume. So, that’s what I’m sayin’—if it ends up being that, it’s like, yeah that’s not what you wanted to do type [of] sh*t, but it’s like, I don’t look at it as in a somebody deliberately looking for kids,” he added.

Many felt that Akademiks was off, and his explanation made no sense as colleges tend to have people of all ages across the spectrum, and IDs are requested to enjoy or participate in certain college activities.

“Idk how old that audio is off Akademiks saying he’d sleep with a 17-year-old but I hope that this is the beginning of his demise. I have been actively praying for his downfall,” one person wrote on Twitter.

“DJ Akademiks is disgusting. But his history of misogyny should have prepared y’all for this recent hot mess”, one Twitter user blasts.

“I think it’s very very disturbing that Akademiks think it’s okay for a grown man to sleep with a 17-year-old girl without hesitation,” another user said.

“Akademiks is trash. For a millions reasons. Always has been. I don’t understand how/why anybody is cool with him or supports what he does” one other Twitter user wrote.

“Yeahh sayin that abt a 17-year-old is kinda weird dudeeee idk if it’s career ending worthy but it’s weird for sure Akademiks explain yourself homie,” another person said.

“DJ Akademiks getting busted for saying he’d have sex with a minor is the least surprising thing I’ve seen in a while. The man openly sexualized a 15 year old a couple years ago. Hopefully we can finally get his clown ass outta here”, another user wrote.

Some also felt DJ Akademiks ought to feel legal consequences if he committed a crime.