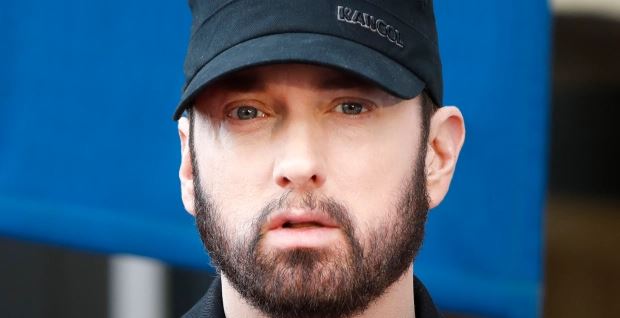 Legendary rapper Eminem is a dad to three daughters, however, one happens to be his biological kid. Read on to know why he adopted two of his kids

Eminem might seem scary on the outside, but he has a soft spot when it comes to his children.

The rapper has never tried to hide his troubled upbringing and has always tried to do his best to make sure his children have a better life.

How many children does Eminem have?

Eminem is a father to three children. The raper has only one biological daughter with his ex-wife Kim Scott, and two other adopted daughters.

Alaina, 28, was adopted by Eminem.

Alaina is the daughter of Dawn Scott, the sister of Kim.

He told Rolling Stone: “my niece has been a part of my life ever since she was born.

“Me and Kim pretty much had her, she’d live with us wherever we was at.”

Dawn suffered from substance addiction and passed away in 2016.

Eminem has called her his “proudest achievement” and expressed his pride after graduating with a psychology degree from Michigan State University.

She’s also been the inspiration for many of Eminem’s tracks, most explicitly, Hailie’s Song, in which he says she kept him from going “crazy”.

The lyrics include: “My baby girl (girl) (Hailie laughs) keeps gettin’ older (der) / I watch her grow up with pride”.

Her vocals are featured in the track My Dad’s Gone Crazy.

They also changed their name to Stevie Laine and started using the pronouns they/she/he.

This comes after they came out as bisexual in 2017.

Stevie is the daughter of Kim and Eric Hartter who reportedly took off.

Kim got pregnant with Stevie between her two marriages to Eminem.

They revealed that when deciding on a new name, Stevie, was the first one they felt comfortable with.

In his song Going Through Changes, Eminem raps: “Hailie, this one is for you, Whitney and Alaina too / I still love your mother, that’ll never change.”

Why did Eminem adopt his daughters?

Despite Eminem’s own troubled upbringing without a father figure, he’s always been protective and caring of his children.

He adopted Alaina and Stevie because they both lacked father figures and because they were related to Kim, his ex-wife.