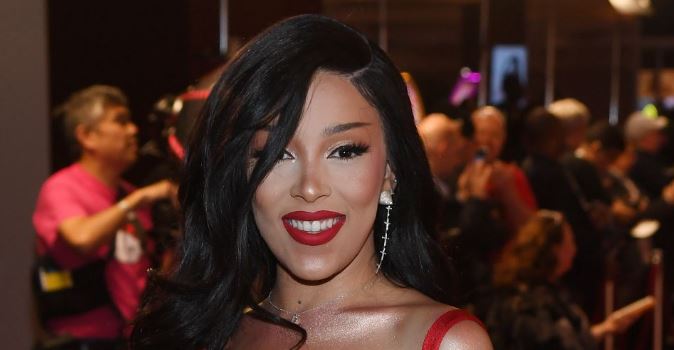 Popstar Doja Cat has lost thousands of followers after getting into unexpected drama with Stranger Things’ Noah Schnapp.

The ‘Kiss Me More’ singer recently faced backlash after calling out Noah for leaking a series of messages she’d sent him.

The 17-year-old actor, known for playing Will Byers in Netflix’s ‘Stranger Things,’ shared the DMs on a now-deleted TikTok video, which showed Doja Cat asking him to hook her up with his costar, Joseph Quinn.

Doja Cat shared her frustration on Instagram Live, saying she didn’t feel comfortable with him posting the messages, describing the move as “socially unaware and wack.” She also went on to accuse Schnapp of acting like a “snake.”

The unexpected feud between the two took the internet by surprise.

Seemingly as a result of the drama, statistics from Social Blade show that the singer’s Instagram following has decreased from 24.34 million to 24.14 million since the beef began.

The social media analytics company also shows that Schnapp’s following increased from 24.25 million to 25.17 million, meaning he has actually profited from the situation.

Many people were disappointed by Doja Cat’s choice of words to describe Schnapp, and felt uncomfortable with the 26-year-old singer messaging a 17-year-old.

However, some fans jumped to Doja’s defense, not happy with the actor for sharing her messages without the singer’s express permission.

What is Doja Cat’s Net Worth?

Doja Cat is a rapper, singer, and songwriter who first gained recognition as a teenager for making and releasing music on SoundCloud. Doja Cat has a net worth of $8 million, according to Celebrity Net Worth.

Her viral success has landed her partnerships with influencer-favorite brands such as Fashion Nova, PrettyLittleThing, Wifey Cosmetics, and more. These sponsorship deals, coupled with her successful music career, earn her an estimated $9.75 million per year, according to Stylecaster.

The rapper’s net worth is made up of streaming revenue from her lucrative music career, which includes over $14,000 in earnings from her viral single “Say So” and over $12,000 from “MOOO!

After signing a record deal at the age of 17, she went on to release the albums “Amala,” “Hot Pink,” and “Planet Her,” the latter two of which cracked the top ten of the Billboard 200. Doja Cat is recognized for her social media savvy, including her use of TikTok and YouTube to promote her work.

Doja may be just 26 years old but since exploding on the music scene in 2012, she has certainly made quite a mark on the music industry.

Described by The Wall Street Journal as a “skilled technical rapper with a strong melodic sense and a bold visual presence”, Amala is widely recognized for creating music videos and songs that achieve viral status on TikTok and Instagram. She is also renowned for her online presence thanks to her absurdly humorous personality.

Doja has earned a number of accolades in her career including winning a Grammy, a Billboard Music Award, five American Music Awards, and three MTV Video Music Awards. She was also listed by Forbes in their “30 under 30” list for 2021.

Doja Cat stays relatively mum about her personal life and prefers not to reveal information pertaining to her relationships. However, she has often alluded to her queer sexuality and has been seen dating musicians such as Jawny and Bree Runway. In early 2021, Doja Cat purchased a $2.2 million home in Beverly Hills.

A prominent social media presence, Doja Cat has occasionally drawn controversy for her remarks. In 2018, she was criticized when the word “faggot” was found in one of her older tweets. She subsequently issued a series of apologies and deleted the tweet. Later, Doja Cat received backlash for saying that COVID-19 was merely a “flu,” and for participating in celebrations during the pandemic.