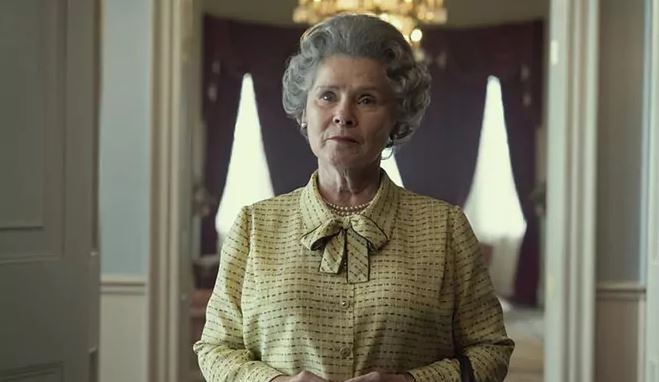 What is Imelda Staunton’s net worth? Get to know the financial details and fortune of the actress who plays Queen Elizabeth in ‘The Crown‘.

Imelda Staunton is a British actress born in Archway, London in 1956, and would eventually enter the Royal Academy of Dramatic Art where she studied to perform and act on stage and screen ever since.

Most recently she has gained international recognition due to her playing the role of the late Queen Elizabeth II in Neflix’s acclaimed series “The Crown”.

Imelda Staunton has won four Olivier Awards, including three for Best Actress in a Musical for her role in Into The Woods as the Baker’s wife, Mrs. Lovett in Sweeney Todd, and Mama Rose in Gypsy.

She has an estimated net worth of $10 million dollars according to Celebrity Net Worth.

Staunton has been nominated for an Academy Award and a Golden Globe Award before for her role as Vera Drake, but unfortunately didn’t manage to win.

Some also remember her for her role in movies like Shakespeare in Love, Harry Potter and the Order of the Phoenix, Pride, and many more.

Imelda Staunton in Netflix’s The Crown

Imelda Staunton is poised to receive major attention not only for her tremendous acting skills but because she’s portraying the recently deceased Queen Elizabeth II in Netflix’s “The Crown” in season 5, replacing Olivia Colman in the role.

“What has been nice, and I hope I don’t prove them wrong, is people saying, ‘I’m really looking forward to seeing her as the queen. So, let’s just hope that works out for them because I’ve done it. Nothing I can do about it now”, Staunton told the Mirror in an interview.

She then continued to express how she feels about having taken part in this project.

“I am genuinely honoured to be joining such an exceptional creative team and to be taking The Crown to its conclusion.”