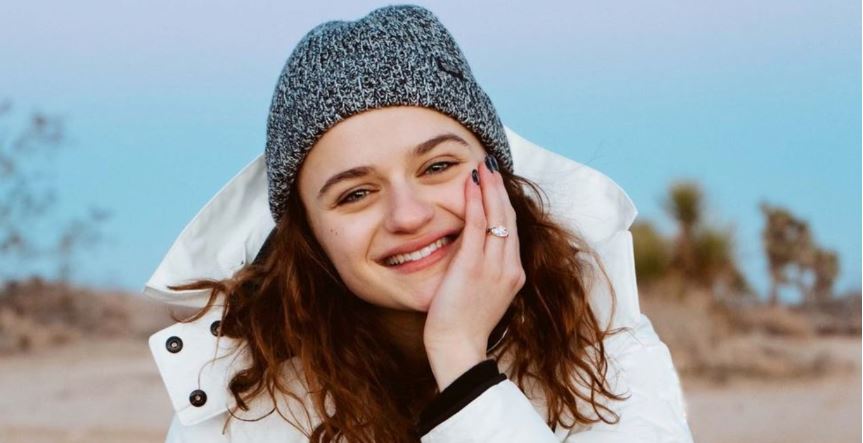 Joey King is engaged! Here’s everything we know about her fiancé, Steven Piet. Read on to also find out who she has dated before.

Though many know Joey King from her role as Elle Evans in The Kissing Booth trilogy and from her portrayal of Gypsy Rose Blanchard in the Hulu miniseries The Act, the 23-year-old star has been acting for nearly a decade and a half.

As someone who has been in the public eye for some time, Joey’s dating life has often been the subject of speculation.

She was first linked to her co-star Jacob Elordi, who played her on-screen love interest Noah Flynn in TKB, but the two split between the release of the first two movies.

Since then, Jacob has been linked to Kaia Gerber and Olivia Jade, and Joey herself has recently gotten engaged. Read on to find out about Joey King’s fiancé, and learn how her beau is involved in Hollywood.

Joey King is engaged to director and producer Steven Piet.

Aside from showcasing Joey’s dramatic chops, The Act also introduced the actress to her boyfriend-turned-fiancé, Steven Piet. While Joey was playing Gypsy Rose Blanchard, she met her love, who worked behind the scenes. Steven produced the series and even directed two episodes.

Outside of the critically acclaimed Hulu drama, Steven has notably worked on Briarpatch, Nightflyers, and Channel Zero. He directed and produced the first two shows, and served as a producer for the third.

Joey and Steven were first spotted together when they attended a screening of Harry Potter and the Chamber of Secrets at the Hollywood Forever Cemetery in the fall of 2019.

While the couple initially kept their romance private, they’ve both gone on to share photos of one another on their respective public Instagram accounts.

On March 1, 2022, Joey and Steven announced their engagement on the platform.

“The date was 2/2/22 when you asked me to marry you and made me the luckiest lady alive,” Joey shared to her 18.9 million followers. “I love you more than an Instagram caption could ever do justice. Hanging out with you forever sounds like a real dream, so let’s do it.”

In his own post, Steven lovingly declared that he’s ready for “a lifetime of incredibly safe and vulnerable conversations. Holding hands on silent cab rides home, exhausted from great food and red wine. And oh, the laughter. The uncontrollable laughter.”

“You’ve unlocked a dimension of love in me that I never knew existed,” he concluded.