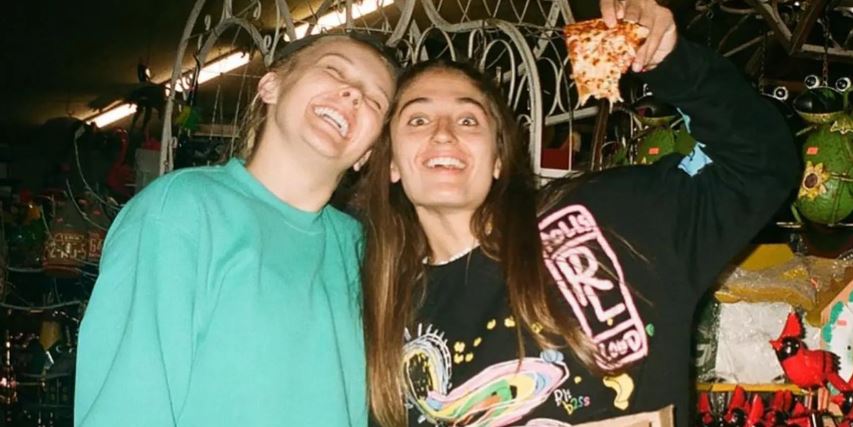 JoJo Siwa goes public with her new girlfriend in a series of sweet TikToks, and she happens to be a popular TikToker.

Ever since dancer and singer JoJo Siwa announced her sexuality to the world, a lot has happened; she’s been swatted and received some backlash, but for the most part, she’s gained plenty of support from people all over the internet.

Although there were rumors that JoJo had a boyfriend, she began dating her best friend, Kylie Prew, in February 2021. The two broke up in late 2021 before getting back together and splitting for good in June 2022.

Now, nearly one month since confirming her and Kylie’s split, it appears the 19-year-old “Nobody Can Change Me” vocalist has found love again. On that note, who is JoJo Siwa’s new girlfriend? Keep reading for all the known details!

Who is JoJo Siwa’s girlfriend?

On Sept. 13, JoJo went public with her new girlfriend, 22-year-old TikTok star Avery Cyrus. The queer influencer is one of the best-known LGBTQ creators on the platform, accumulating nearly 8 million followers and over 275 million likes.

The DWTS alum and her new girlfriend made their relationship official on Sept. 13 in a series on TikToks. In one of the clips, the two are joking around in photo booth; after smiling for the first photo, the couple shared a kiss for the next.

Click here if Tithe kTok video is not playing

The next TikTok shows JoJo and Avery performing a dance. The “D.R.E.A.M” songstress wrote that her girlfriend didn’t know she was posting the video, adding that she was “so proud of her for learning” the brief routine.

“I have to share so you can see her CUTEST HAPPY FACE!!! That SMILEEEEE,” JoJo said.

JoJo continued to express her love in the comments, writing, “her face as soon as the dance starts is SO HAPPY IT MAKES ME SO HAPPY CANT.” Oh my goodness — how freaking adorable is that!

Though many are happy for the pair, others aren’t too thrilled with how quickly Avery moved on from her ex-girlfriend, Soph Mosca. The two dated for over two years, announcing their split in August 2022.

Update: JoJo Siwa and Avery Cyrus have broken up.

The “D.R.E.A.M.” singer and the content creator have broken up, E! News reports. On Dec. 17, Avery shared a TikTok video showing footage of themselves on a Royal Caribbean cruise. In one clip, JoJo holds up an arcade game prize, telling her, “This is my ‘Sorry for Breaking Up With You’ present.”

One fan commented on the video, “Now I just want to know why.” Avery responded, “We decided that we are better off as friends! We are both so young and still just trying to figure our stuff out!”

Avery still dubbed their trip, the “Best trip EVER.” JoJo wrote on her Instagram Story that it was the “best trip of my entire life.”

In recent days, Avery also appeared to react to the breakup with a few cryptic TikTok videos, including one on Dec. 16 saying she’s in her “healing era” and another declaring, “Karma is my boyfriend.”

JoJo says that coming out shouldn’t be a big deal.

“I don’t want it to have to be such a big thing,” JoJo said during an interview with Jimmy Fallon on The Tonight Show. “Like, what am I gonna do? Have a coming out party? No! It’s just who I am.”

JoJo also said that she didn’t realize what a big risk she was taking at the time by coming out because it could have cost her “everything,” including her career. But she realized anything she lost because of it isn’t something she wants anyway.