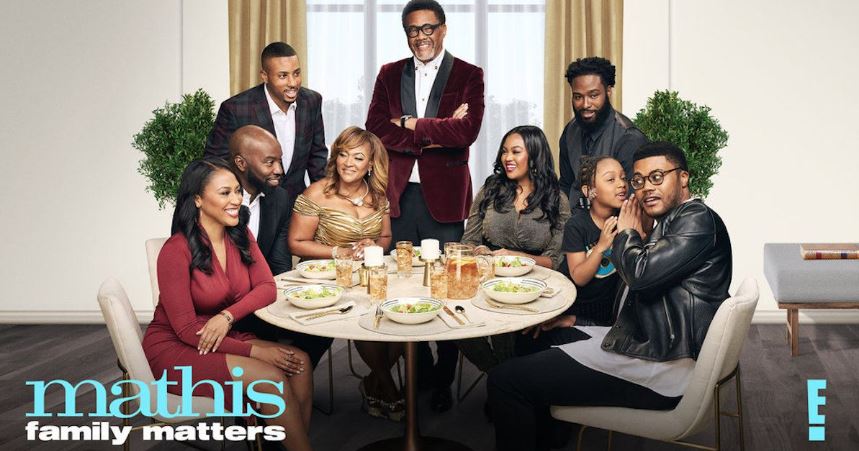 Who is Judge Greg Mathis’ children? The family members of the judge are stars of the reality show “Mathis Family Matters”.

Known for his court show, “Judge Mathis,” Greg Mathis Sr. holds the record for the longest-running daytime show hosted by an African American male. While he’s a boss in the courtroom, he’s often overruled at home by his wife and kids.

This docu-series presents Greg and Linda Mathis being parents to their four adult children and multiple grandchildren. With two kids who live two blocks away and two more who live across the country, they always find a way to be together and end up on their favorite judge’s doorstep. So, who are the Mathis Family Matters cast?

Judge Greg Mathis, a national figure and father known for his advocacy campaigns for urban youth and equal justice, is the longest-running African-American male host on television. His inspirational life story of a street youth who rose from jail to Judge has provided hope to millions who watch him on the Emmy Award-winning television court show Judge Mathis and now he is sharing what life is like with his family on E!’s Mathis Family Matters.

Judge Mathis‘s public service career began in college where he led Free South Africa and voter registration campaigns on campus, while also working nights at McDonalds as a swing manager. After graduating from college in 1983, he joined the staff of Detroit City Councilman Clyde Cleveland and continued to work as an advocate for equal justice with Reverend Jesse Jackson‘s PUSH Excel, where he currently serves as chairman. Judge Mathis has also served as a national board member of the NAACP and the Morehouse School of Medicine.

Judge Mathis has received numerous awards and keys to the city from government officials and is the recipient of honorary doctorates from both Florida A&M University and Eastern Michigan University. He has been recognized for his efforts by numerous newspapers, magazines, and television networks, and has appeared on such shows as The View, The Real, The Tonight Show, Today, and The Ellen DeGeneres Show. In May 2022, Judge Mathis was awarded a star on Hollywood’s Walk of Fame, an honor bestowed on luminaries of the entertainment industry. He is also the executive producer of the BET+ series American Gangster: Trap Queens.

Judge Mathis is married, and the proud father of four children, and two adorable granddaughters.

Linda Mathis is a mother, entrepreneur, and wife of Judge Greg Mathis, Sr. She was raised in Detroit and the surrounding suburbs of Oak Park, Mich., along with her two sisters and grew up with a very loving and close-knit family that always spent quality time together. She graduated from Oak Park High School and followed her sister to Eastern Michigan University. While in college majoring in education, Linda met Greg and their four-year courtship continued throughout college. After graduation, Linda and Greg got engaged and married. They raised their family in the suburbs of Detroit, where Linda pursued her career as a teacher with the Board of Education, and a few years later she opened several educational centers.

In 2005, Linda and Greg had several goals and decided to relocate to Los Angeles with younger sons Greg Jr. and Amir while daughters Jade and Camara were in college. As the matriarch of the Mathis family, Linda transitioned her career to dedicate all her time to focusing on the children, household, and family life. As their kids grew into adults, Linda found a new passion and created She Social with Camara. She Social is an event that unites women from different backgrounds to network, grow together, support each other and celebrate sisterhood.

When Linda is not planning her next event, she enjoys power walking with friends, traveling the world with her family, and spending time with her grandkids.

Amir Mathis is the youngest of the Mathis kids and is often referred to as “the baby” and free spirit of the family. While seen by his siblings as the child who uses his charm to get anything out of his parents, he’s also seen by his peers as an established television producer and great networker with an eclectic group of friends.

Growing up in the entertainment industry, he recognized from an early age that he wanted to be a producer. He got his start in television working as a production assistant on his dad’s show and has since worked on multiple Emmy Award-nominated shows. After more than 10 years in the industry, he recently started his own production company and is an executive producer.

When not working on new TV projects or trying to persuade his dad to cover club tables that he sees as a “networking expense,” he enjoys long hikes, Malibu beach days, and taking advantage of any moment to travel.

Camara Mathis Webb was born in Detroit and is the second child of Greg and Linda Mathis. She’s affectionally known to the family as “Momma Mathis,” because as a big sister growing up she always had a big heart and nurturing qualities.

Camara attended Michigan State University, and after graduation, she pursued a career in the legal profession and is currently an entertainment attorney in Los Angeles, CA. Camara has been practicing law for nine years as a business and legal affairs executive.

In addition to nurturing her family as a wife and mother to two beautiful daughters—5-year-old Nora and 8-month-old Zara—Camara is also passionate about uplifting and nurturing other women. That passion inspired Camara, alongside her mother, to create She Social, an event that unites women from different backgrounds to network, grow together, support each other and celebrate sisterhood.

When she’s not managing her family’s real estate ventures and bringing them together for game night, Camara is committed to a lifetime of continuous learning and loves traveling the world with her husband and children.

Greg Mathis, Jr. (also affectionately known as “Bobby” to his family) is an entrepreneur and longtime political advocate. Greg was born in Detroit and spent nearly a decade living in Washington, D.C. He manages multiple successful real estate ventures alongside his long-term boyfriend Elliott Cooper. In addition, Greg previously worked as a political staffer for close to a decade in Washington, D.C., and remains dedicated to many political and charitable causes.

Greg’s career in politics includes several years as a senior advisor in the United States Senate, as well as previous work for two members of the United States House of Representatives and the President of the United States. During his time there, Greg worked directly to advance several key initiatives he is passionate about. including funding for the National Suicide Prevention Hotline, increasing direct mental health and general healthcare and support services to LGBTQ individuals, and authorizing the nation’s first national program to better identify victims of human trafficking in health care settings.

Most recently, Greg is now managing his family’s various talent and business endeavors, his real estate businesses, and engaging in LGBTQ advocacy.

Greg currently lives in Los Angeles with Elliott and their two French Bulldogs—Knox and Dax. When he is not busy at work, Greg enjoys traveling, working out, trying out various restaurants, and spending time with family and friends.

Jade Ellis Mathis is the firstborn of the Mathis children and referred to by the Mathis crew as the most similar to Judge Mathis. Jade is an attorney, public speaker, and mental health advocate who has experienced several obstacles and setbacks on her challenging road to becoming an attorney.

After receiving a life-changing mental health diagnosis while in college, Jade was determined to change the way the world views mental health. Jade’s bold, authentic, unapologetic, and unashamed approach to addressing mental health is admired and respected by many. In 2016, Jade captured the attention of millions across the world by sharing her story of resilience and perseverance in her “Don’t Quit, Anything Can Happen” viral testimonial video, changing countless lives.

Dubbed the “Expungement Guru,” the former non-traditional prosecutor observed firsthand the disparities and deficits in the criminal justice system and created unique diversion programs as alternatives to incarceration. Also known as “The Resilient JEM,” Jade has been featured in media outlets and serves as an influencer, moderator, panelist, and keynote speaker for national organizations. A strong believer in her faith, Jade is active in her church and dedicated to a life of service and motivating others to remain resilient in the face of adversity.

Mathis Family Matters will officially kick off with a two-episode premiere on Sunday, June 19 at 9:30 p.m. ET on E!.

Ryan and Camara’s eldest daughter, Nora, is five years old, so she’ll have a prominent role on the E! series. Her younger sister, Zara, was just eight months old during filming, but she will also be making her TV debut on Mathis Family Matters.